Dow Jones Industrial Average News, 6/24/2016: Yesterday, British voters faced one question during a referendum vote: "Should the United Kingdom remain a member of the European Union or leave the European Union?" 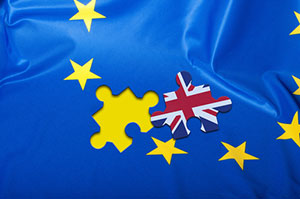 Brexit voting results show that citizens chose by a margin of almost 52 to 48 to depart.

Now, it's official. Britain will begin the two-year process to depart the European Union. Of course, many voters are still trying to determine "What happens if we leave the EU?" George Soros has projected that it could lead to a currency crash. Click here for a better primer of what's to come.

The English pound – the UK's currency – has collapsed overnight to a 30-year low. It has fallen 8% against the U.S. dollar alone, and it should keep falling. According to Money Morning Chief Investment Strategist Keith Fitz-Gerald, the pound could fall as much as 15% to 20%. Just last week, Keith offered investors two ways to profit from the collapse of the pound, and they still offer upside.

Why did Britain leave the European Union? The country's majority wants independence from the world's largest economic bloc and sovereignty from Brussels on deciding issues like immigration and other regulations, among other things. It was a shocking reversal from polling numbers just 24 hours ago.

Prime Minister David Cameron has said that he will resign following the vote. Meanwhile, in the United States many pundits are saying that the Brexit could boost the election chances for Donald Trump.

Today's news channels and newspapers will focus on the Brexit and the "now what" for global markets in the wake of the historic vote. But the more important commentary centers on what the Brexit means for your money and how you can profit from this historic event.

What's Moving the Dow Jones Industrial Average Today: All "Brexit," All the Time

The Dow Jones Industrial Average projected a 533-point decline at the opening bell after the June 24 Brexit results. U.S. companies have already warned about their exposure to the British economy, and investors should expect a very volatile period for global markets, as threats of a market crash mount. 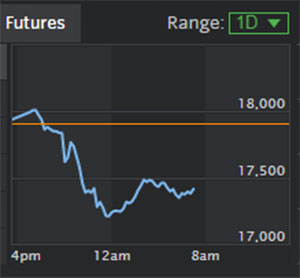 The vote has already unleashed a huge downturn in stocks across the Asian, European, and U.S. markets. Is a stock market crash coming because of the Brexit vote? That answer is found right here.

The Brexit is obviously affecting U.S. stocks, leaving no individual sector safe from a market crash. But if you're looking for ways to protect your investment from the shocking Brexit results, check out these plays.

Meanwhile, Bitcoin prices rallied thanks to the Brexit vote, and will likely push much higher due to this major event on the horizon.

Crude oil prices cratered after the British vote pushed energy commodities down over demand concerns and macroeconomic uncertainty. WTI crude fell 4.9%, while Brent crude slumped 5.2%. Here's what we see ahead for oil prices headed after the Brexit vote.

Next: Why the Brexit Could Be the End of Central Banks: This is the most frightening aspect of the Brexit aftermath, by far…

Congrats to the UK for the outstanding decision to demonstrate and reclaim their own sovereignty.