There was no sleep Thursday night in my global network, as it became increasingly clear the UK had voted to leave the EU. Major moves are underway in the global energy sector as players attempt to wrestle with what may be the biggest single event to jolt markets in decades.

Once the dust settles, the UK will take its place as a now second-tier economy.

And after talking with my contacts in Europe and Asia, here are the immediate takeaways from the Brexit vote for you and your investments…

This Is Political Suicide 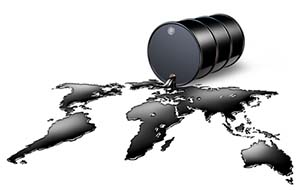 Some 80 years ago a mainstay of the Greenwich Village literary scene coined a phrase that has been with us ever since. Gertrude Stein traveled from New York to Oakland. Upon her return from the West Coast, somebody asked for her reaction.

"There's no there there," was Stein's response.

Much the same can be said this morning about the European Union.

What unfolded overnight Thursday is like walking off a cliff and hoping for the best. It likewise demonstrates why one should never play politics with contentious issues unless you control the outcome, a lesson the British prime minister has learned too late.

This was a fundamentally colossal act of political suicide. The referendum, initially regarded as a hollow (and safe) initiative during an election campaign, has now brought down a government.

The historic move by British voters is reverberating across global markets like a shock wave. While it will take some time to determine what the true impact will be, several results are already coming into focus.

On the broad front, the impact has been staggering.

First, David Cameron announced he will be stepping down as British prime minister and new elections will be called (probably for early fall).

Second, Brussels (the seat of the EU) will now go into damage control and the animosity between the continent and London will ramp up significantly.

Third, this may be the first of several "shoes to fall." The Spanish parliamentary election this weekend will provide us the initial read on similar views elsewhere in the EU. My contacts now expect Ireland, Portugal, and even the Netherlands to experience similar exit pressures.

Fourth, Friday morning Spain fired the first salvo. It is now demanding control over Gibraltar – the UK's exclave at the southern tip of Spain – in the wake of the British departure from the EU.

Fifth, the Bank of England has promised "unlimited" liquidity support for the British pound sterling after it collapsed worse than at any time over the last three decades. Nonetheless, the currency will be under pressure for some time and that will have a toll to exact from the British economy.

Seventh, the euro will come under intense pressure as the contagion spreads throughout Europe.

But it gets worse…

Oh yes, Daesh (the name for ISIS that the group itself hates) issued a statement applauding the "death of Europe." This time around, on the other hand, it could not find a way to claim responsibility.

Other ducks will be falling shortly. Markets throughout the world are awash in tidal waves of red ink. The dollar and U.S. fixed instruments (bonds) are once again becoming a "safe haven" for international investors.

Against this backdrop, rapid aftershocks are occurring in energy. Following hours of discussions with contacts in Europe and Asia, these are the immediate consequences:

Both WTI (West Texas Intermediate) and Brent, the two leading international benchmarks for oil trading, posted 5% losses in overnight markets last week. The losses have since leveled off.

You see, the sudden drop in both pounds and the euro is strengthening the dollar, which makes oil more expensive abroad, pushing demand and prices down. This is likely to rebalance, but there will be some choppy forex waves to overcome.

On the plus side, global demand is increasing and supply balance is taking shape. But the volatility spawned by the UK exit vote will provide some hefty headwinds for oil in the short term.

The vote has also done major, perhaps fatal, damage to "The City" (London's financial district) and its position as the world's preferred location to raise energy project capital. For years more money has been raised for energy projects within a radius of two miles from Liverpool Station and St. Paul's than anywhere on earth.

This will now end. Banking and fiduciary action will move to New York (almost initially by default) and Dubai (the more moderate-term beneficiary). Frankfurt and even the Russian fledgling exchange in St. Petersburg will also increase in activity.

Meanwhile, a range of cross-border holdings based in London and involving oil, natural gas, and renewable controlling structures are now in jeopardy.

And the pound sterling collapse will linger, having an adverse impact on Brent remaining as the dominant international benchmark. Since the vast majority of contracts are denominated in dollars, the exchange problems will be gravitating toward spreads favoring WTI.

Now, the effects won't be limited to just Europe…

In fact, my Saudi Arabian contacts confirmed shortly after midnight U.S. Eastern time that they expect the Saudi national oil giant, Saudi Aramco, to move to increase the usage of and support for the Argus Sour Crude rate. However, that rate will progressively be based on actual consignment trades, not the Brent index determined daily in London. The discount to Brent (as currently calculated) will be phased down.

In addition, the Saudi move to turn a 5% sale of oil giant Aramco into a massive $2 trillion international investment fund will be expedited, while U.S.-based energy investments and assets will come into increasing focus.

To the last point, billions of dollars in available investment capital has been assembled – virtually overnight – to begin energetic acquisition campaigns in the U.S. oil patch.

Oil will stabilize well in advance of the global market as a whole. Gold may be the initial beneficiary of Brexit. But, as I have discussed in the past, crude oil will progressively become the non-currency "store of value" moving forward.

The good news is that, as the situation stabilizes over the next several weeks, the American market will be seen as a "safe haven" and is going to be the center of an investment feeding frenzy.

What the Latest Oil Balance "Mantra" Is Really About: The emerging "oil balance" has become the topic du jour, with every media pundit talking it up. But, as usual, the talking heads discussing the term are getting it wrong. The current oil balance isn't about supply and demand or OPEC – it's about something quite different altogether…