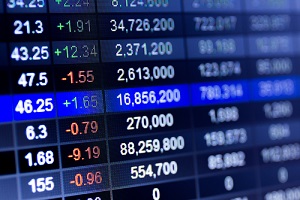 The markets saw their worst two-day performance in 10 months as Brexit concerns battered the global financial and energy sectors. The Dow Jones Industrial Average shed 260 points as investors continued to sell assets in the face of the British exit from the European Union.

The sharp downturn was fueled by a disappointing day for investors of Boeing Co. (NYSE: BA) and International Business Machines Corp. (NYSE: IBM), which saw shares fall 2.8% and 2.2%, respectively. Despite the sharp downturn, the VIX S&P 500 Volatility Index – also known as the market's fear gauge – fell more than 8%.

Let's recap all the key events from today's session.

Today, markets reacted to concerns about the health of the British economy. Earlier today, Standard & Poor's announced it has slashed the credit rating of the United from "AAA" to "AA." The ratings agency said that the Brexit harms the nation's credit worthiness as increased uncertainty hovers over the second-largest economy in Europe.

Money Morning Capital Wave Strategist Shah Gilani had been predicting since earlier this month that British voters would decide to leave the EU. And he offered investors several profitable plays that have generated a tidy gain. Here's Shah's latest commentary on why Brexit happened, and – more importantly – what the Brexit results mean for your money.

It was a brutal day for European banks. But the worst performance went to Barclays Plc. (NYSE: BCS), which had its stock suspended after huge declines on the London Stock Exchange. BCS stock was off more than 20% on the day. Meanwhile, shares of Royal Bank of Scotland (NYSE: RBS) fell more than 12% after the company's stock received four different downgrades.

Despite all the news about last week's vote, investors should know about a "Brexit loophole" that could keep the United Kingdom from exiting the European Union. Read all about it, here.

In other energy news, TransCanada Corp. (USA) (NYSE: TRP) is seeking an arbitration hearing under the rules of NAFTA regarding the Obama administration's decision to reject the Keystone XL pipeline. The energy company is seeking at least $15 billion in damages.

Now, let's look at the day's biggest stock movers and the best investments in times of global uncertainty

By using these three penny stock strategies, you can separate promising penny stocks from the ones that aren't worth your time….