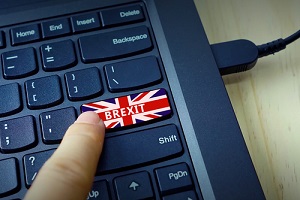 But this morning, markets are experiencing a turnaround. Markets in Germany and Britain rebounded strongly, while U.S. futures were projecting strong gains.

Investors are anticipating that central banks in Europe and other parts of the world are set to unleash a fresh round of financial stimulus.

You can find those answers in today's top stock market news, stocks to watch, ways to profit, and economic calendar for June 28, 2016.

Dow Jones futures projected a 194-point gain as investors began snapping up stocks in a value play after the 900-point slump in the previous two sessions.

Despite the gains, systemic problems remain for the economies in Europe. On Monday, Standard & Poor's and Fitch Ratings both slashed the credit ratings of the United Kingdom. The EU will kick off a two-day economic summit to discuss options for the massive economic bloc. As Money Morning Capital Wave Strategist Shah Gilani explains, there are clear winners and clear losers in the Brexit. This is how you should be playing the geopolitical turmoil right now.

Domestic banks were also pushing higher. Shares of Morgan Stanley (NYSE: MS), Bank of America Corp. (NYSE: BAC), and Citigroup Inc. (NYSE: C) were all up about 2% on the day.

Crude oil prices pushed higher as investors found value in the Brexit sell-off and concerns about a potential strike in Norway threaten supply in the fields of Western Europe's largest crude producer. WTI crude was up 2.7% this morning, while Brent crude was up 2.5%. In other energy news, TransCanada Corp. (USA) (NYSE: TRP) is seeking an arbitration hearing under the rules of NAFTA regarding the Obama administration's decision to reject the Keystone XL pipeline. The energy company is seeking at least $15 billion in damages.