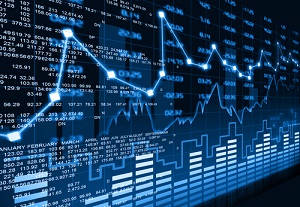 Dow Jones Industrial Average News, 6/29/2016 – For all the fear-mongering and concern about the "Brexit" being the end of the European markets, it seems that a lot of traders didn't get the message.

Value investors have been pouring back into the markets over the last two days, snapping up undervalued stocks and driving the markets higher. The markets have gained back roughly half of the $3 trillion of value lost last week.

The Dow added 284 points on Wednesday as blue-chip stocks like Chevron Corp. (NYSE: CVX) and Boeing Co. (NYSE: BA) pushed the market higher. That said, the Brexit fallout hasn't run its course just yet, no matter what investors may think.

What's next for the markets after last week's Brexit? Find that answer here.

Let's answer that question and recap all the key events from today's session.

Today, it was another big day for the markets in the wake of British voters' decision to depart the European Union over the next two years. The two-day rally has been a stark reversal from the two trading sessions before it. The rally came despite news that a key index measuring home sales saw its first yearly decline since May 2015. The Pending Home Sales report by the

National Association of Realtors slipped 3.7% in May. That number is worrying to economists who believe that the housing market is experiencing a slowdown in the summer months.

The ongoing rally has many investors wondering whether or not the "Brexit" is as significant to the markets as some have said over the last week. Diplomats in China – a nation that has its own serious economic problems – has said that Britain's exit from the EU will continue to cast a large shadow over the global economy. In reality, the experts are already preparing for a potential market crash, meaning that investors should prepare for this hot trading summer with this easy-to-use three-part investment strategy.

But the big news today was the announcement that the U.S. Financial Stability Oversight Council has formally removed the the "designation" of "Too Big to Fail" from GE Capital. The financial arm of General Electric Co. (NYSE: GE) is no longer considered by regulators as a systemically important institution, meaning that it doesn't pose a threat to the U.S. economy. In 2008, the financial crisis saw the firm's financial engineering arm nearly sink the entire organization. The firm considers it a milestone, a sign of its ongoing operational reform.

Now, let's look at the day's biggest stock movers and the best investments in times of global uncertainty…

By using these three penny stock strategies, you can separate promising penny stocks from the ones that aren't worth your time….