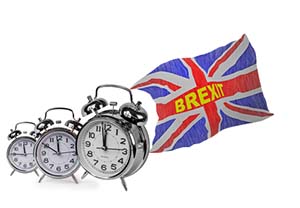 Dow Jones Industrial Average News, 7/01/2016: The markets remain resilient in the wake of the British vote to depart the European Union.

Investors anticipate that a shot of stimulus will be the cure to prevent economic calamity in the global markets. However, we've seen this before, and the result has been a world taken to the brink by central banks.

Investors need to exercise caution and avoid falling into the trap laid out by faulty headlines. Let's get started. We want to identify buying opportunities, reduce risk, and present ways for you to protect your nest egg.

Dow Jones futures projected a 13-point gain as the Brexit rally in the United States appears to be cooling. Heading into this long weekend, investors are eyeing a busy day of economic data. They're also trying to make sense of news that the 30-year U.S. bond yield has struck a new record low thanks to a global rally in the bond markets.

Despite the strong rally, investors must be wary about the state of the European economy. Chief among these concerns is England, which markets expect will receive a boost of stimulus. On Thursday, Bank of England Governor Mark Carney said he expects a downturn in economic growth if the nation's departure from the EU is finalized.

"Does anyone in the country think that these risks have not begun to manifest?" Carney said on Thursday. "In my view … the economic outlook has deteriorated and some monetary policy easing will likely be required over the summer."

Interest rates in the United Kingdom are already at a record low of 0.5%.

The U.S. Federal Reserve is back in focus today with a speech from Fed Bank of Cleveland President Loretta Mester. The speech takes place in London, where Mester will appear before the European Economics Financial Centre Distinguished Speakers Seminar. Investors want to know if Mester will maintain a hawkish tone in the wake of Britain's exit vote from the European Union.

It will be a busy day for General Motors Co. (NYSE: GM) and Ford Motor Co. (NYSE: F) as U.S. manufacturers prepare to release June auto sales numbers. The real news is that U.S. regulators are investigating the autopilot features of Tesla Motors Inc. (Nasdaq: TSLA). Regulators began scrutinizing the company after a fatal crash of a 2015 Model S. TSLA stock is off more than 3% in early market trading.

Crude oil prices were off slightly this morning as investors anticipate supply problems in the global market. The Organization of the Petroleum Exporting Countries (OPEC) was pushing toward a record 32.82 million barrels produced each day (bpd) last month. WTI crude slipped 0.5% this morning, while Brent crude was off 0.5%.