Despite numerous headwinds this year like price gouging and market volatility, biotech is still a great sector to find the best stocks to buy now.

And Money Morning Director of Technology & Venture Capital Michael A. Robinson has found one of the best biotech stocks to buy now. This company is a marquee name in the pharmaceutical space that continues to innovate and grow via lucrative acquisitions. In fact, our price target indicates that this biotech stock could soar another 115% from today's price.

Here are two of the biggest acquisitions this biotech titan has recently announced... 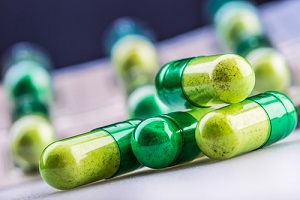 The first smart purchase came back in September with the $15.2 billion acquisition of Hospira, a leader in the biosimilar market.

Biosimilars are reformulated name-brand drugs that are less expensive but just as effective as the original product. They hit the U.S. market last year and are essentially the generic versions of expensive medications.

Anacor specializes in boron-based biopharmaceuticals. Its products are used in the treatment of several inflammatory diseases like dermatitis and psoriasis. A key pipeline drug is crisaborole, which is currently in phase 3 trials expected to end by January. If approved, crisaborole will likely be an important treatment option for patients with dermatitis.

Our biotech stock pick has surged thanks to those two purchases. Shares of this company are up 16% since its Hospira acquisition and 8.1% since the announcement of its Anacor purchase.

And Robinson - a veteran of Silicon Valley with over 34 years of experience - says shares will head a lot higher this year...

One of Robinson's top biotech stocks to buy is Pfizer Inc. (NYSE: PFE).

With a market cap over $218 billion, Pfizer is the second-largest drug company in the world. It produces a wide range of well-known vaccines, devices, and medicines. These include brand-name drugs like Viagra and Lipitor.

While the company is hunting for market share via buyouts, Robinson cites Pfizer's push into China as another boon for PFE stock.

The firm is building a $350 million Global Biotechnology Center in the Asian nation. This facility should be finished by 2018 and will include engineering, manufacturing, and development divisions. Pfizer is working with Chinese regulators to bring biosimilar products produced at the Center to market as soon as possible.

Not only will the facility benefit Pfizer, but it will also help China.

"Setting up the factory in China will boost the Chinese economy and allow native Chinese to manage the facility's operations," Robinson said. "This is much more attractive than foreign companies that try to ship their drugs into this massive and expanding market."

China will receive exactly what it needs - high-quality, cheap biosimilars. In return, Pfizer gets unprecedented access to the huge Chinese healthcare market.

Another reason why investors should buy Pfizer stock is the company's impressive first quarter...

In May, Pfizer reported stellar revenue growth despite difficult, broad market volatility in the first quarter. Revenue grew 26% in Q1 from the year-ago period thanks to 28% growth in its biosimilars sector.

PFE stock was also the best performer on the Dow Jones Industrial Average last quarter. Shares gained 18.8% from April to June, while the Dow Jones gained only 1.4% over the period.

In addition to its surging share price, Pfizer also offers a very attractive 3.37% yield and has raised its dividend for six straight years.

We see Pfizer stock potentially hitting $77.06 a share by December 2017 - a huge 115% gain from yesterday's closing price of $35.81. Since the average earnings estimate for 2017 is $2.63 and shares currently trade at 29.3 times earnings, we believe this is a fair estimate for the biotech stock.

With Pfizer, investors get growth, yield, and the stability of a blue-chip stock. That's a triple threat that's hard to beat.

Up Next: This Next-Gen Transit Technology Will Soon Speed Us On to Profit