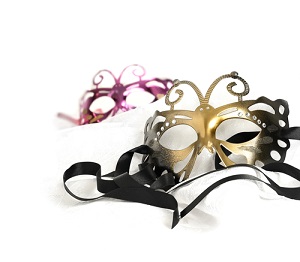 Data from 2013 (the most recent available) showed that 87% of American males and 83% of American females believed online dating is socially acceptable, according to research site Statista.

Only eight years prior, a much less accepting 44% of Americans thought online dating was a good way to meet someone, according a 2005 Pew study.

Our increasing acceptance of online dating equates to an online dating industry that generates $2 billion in revenue each year, according to Nasdaq.com.

Back in 2002, Ashley Madison CEO Noel Biderman discovered a profitable niche that hadn't yet been filled within the industry…

He formed the Ashley Madison Agency that year. The site is designed to facilitate affairs.

"I am printing money, I don't deny it," Biderman told the New York Daily News back in 2014.  "That's what happens when you build a taboo-focused business. No one else is doing this. So I'm a monopoly."

Biderman was forced to resign by the end of August. [Editor's Note: The Ashley Madison cyberattack exposed and embarrassed customers of the controversial site – but still didn't come close to making our list of the eight biggest data breaches in history, here…]

Of course, any company that has its client's information stolen is subject to backlash…

Target Corp. (NYSE: TGT) has faced huge backlash because of a breach in the fall of 2014. Hackers stole 40 million customer credit card numbers and other personal data, like email addresses, from as many as 70 million customers. The retailer still suffers from weaker sales, two years later — even after it paid $39.4 million to banks and credit unions to reimburse customers. According to consumer analytic provider Connexity, 35% of Target's online customers either shopped at Target less or no longer shopped at Target after the breach.

But Ashley Madison's case is different than Target's. It had even more to lose — and it very well might lose it all this year…

Why Ashley Madison Could Go Bankrupt in 2016

You see, Ashley Madison's service is based on discreteness.

The company's failure to protect sensitive client identities could lead to its complete and total demise this year.

There is also a female plaintiff in Missouri who paid Ashley Madison $19 to delete her personal information from the site. She claims that in wake of the released information, the site had not erased her information.

Her lawsuit is for $5 million.

According to Business Insider, AVM had revenue of $114 million in 2014. Roughly 90% of that came directly from Ashley Madison.

Technology lawyer Luke Scanlon pointed out to BI that if all 1.2 million of its United Kingdom users sued Ashley Madison for 1,000 pounds each, Ashley Madison would have to pay out 16 times the company's revenue in settlements.

That would immediately bankrupt Ashley Madison.

The issue is many clients would rather keep a low profile than expose themselves to scrutiny by being publicly named in a lawsuit. According to Fortune, roughly 40 plaintiffs who filed lawsuits used the pseudonym or a version of the pseudonym John Doe as of April 2016.

AVM has pushed that plaintiffs must use their real names, and U.S. District Judge John Ross has barred any lawsuits by people who use aliases.

Recent lawsuits against sites like Gawker Media point to just how much trouble Ashley Madison could be in.

Politico stated Gawker Media made $6.7 million in profit on $45 million in revenue in 2014. But after former professional wrestler Hulk Hogan won a $140 million from a lawsuit against the company, Gawker had to file for bankruptcy on June 10.

Did you think Ashley Madison will go bankrupt in 2016? Let us know on Twitter @moneymorning and Facebook.