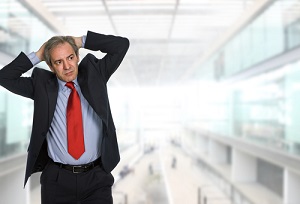 This morning, the June ADP Employment report showed that the U.S. economy added 172,000 positions compared to the 159,000 positions that economists had expected.

This morning, the U.S. Department of Labor released its latest round of weekly unemployment data. U.S. initial jobless claims fell by 16,000 to 254,000, representing their lowest level since April.

These two reports are building toward tomorrow's critical June unemployment report. While jobs data may dominate the early news cycle, a number of other stories and profit opportunities await savvy investors on what could be a wild day of trading.

Dow Jones futures projected a 15-point decline as the markets eye jobs data and the price of oil. European markets have been rebounding after a difficult Wednesday session for foreign markets. If you really want to know more about what is going on with oil and not have to rely on bank forecasts, make sure to read this special report by Money Morning Global Energy Strategist Dr. Kent Moors.

Britain's vote to exit the European Union is fueling another crisis in the United Kingdom: real estate. Four additional asset management firms have announced plans they will stop trading in commercial real estate and UK property. Now, seven investment funds have been frozen as they've failed to raise enough cash to repay investors. However, chaos always creates opportunity, and these five stocks are now on sale because of Brexit.

According to a report by Reuters, JPMorgan Chase & Co. (NYSE: JPM) may need to relocate thousands of investment bankers from Britain if it isn't allowed to engage EU customers or sell services without its free-trade "passporting" systems. This system was essential to make London the financial and energy finance center of Europe. As Money Morning Global Energy Strategist Dr. Kent. Moors explains, the Brexit has killed London's status as the energy capital of Europe.

The U.S. Federal Reserve is back in focus after yesterday's release of the June FOMC meeting minutes.  The central bank hinted that it doesn't plan on hiking interest rates until the fallout from the Brexit is better understood. The dollar continues to surge in the wake of the Brexit, gaining more than 2% since the vote. The Brexit – in many ways – did Fed Chair Janet Yellen's job for her as the dollar grew stronger against a basket of international currencies.

Crude oil prices were on the rise this morning as an expected weekly drawdown in domestic inventories are offsetting concerns about global economic growth. Yesterday, the American Petroleum Institute (API) reported that domestic crude stockpiles slipped by 6.7 million barrels last week. That represents the seventh straight weekly decline, according to API data. This morning, look out for the official government report on weekly inventories from the U.S. Energy Information Administration. WTI crude prices were up 1%, while Brent crude added 1.1%.