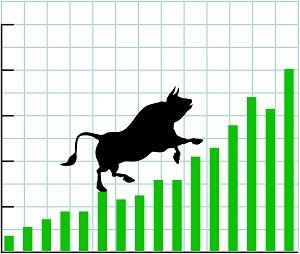 Dow Jones Industrial Average News, 7/08/2016: Friday's trading session will focus on one number and one number only: The June unemployment rate.

The financial media will spend the day speculating on this morning's announcement.

Trending Now: How to Beat Wall Street at Its Own Game

What will it mean for the U.S. Federal Reserve? When will the next interest rate hike occur?

Of course, one question will be a stark omission from the coverage: How do you profit from today's news? That's the subject of ongoing analysis of Money Morning Chief Investment Strategist Keith Fitz-Gerald.

Let's continue to find the best ways for you to profit this morning. Here are today's top stock market news, stocks to watch, ways to profit, and economic calendar for July 8, 2016.

Dow Jones futures projected a 104-point surge at market open as investors weighed the June employment report and eyed a bump in crude oil prices. The 287,000 "new jobs" figure puts the Federal Reserve back in focus as it appears that May's dismal report was largely a one-off event.

Analysts said that the 35,000 workers returning from a strike at Verizon Communications Inc. (NYSE: VZ) helped boost the jobs total. Though this report is viewed as a huge improvement, some argue that too much uncertainty exists for the Federal Reserve to raise interest rates in the wake of Britain's vote to leave the European Union. Nevertheless, when there is uncertainty, there is always ways to make money.

The U.S. Justice Department plans to meet with Aetna Inc. (NYSE: AET) and Humana Inc. (NYSE: HUM) over antitrust concerns linked to its proposed merger. The agency wants to explore the deal's impact on Medicare Advantage patients. It's unclear if there are big enough concerns to derail the deal, but HUM fell nearly 10% on Thursday due to these jitters. HUM was down nearly 1% this morning.

The big news today is the Internal Revenue Service's investigation of Facebook Inc. (Nasdaq: FB). The federal tax agency is looking into whether the social networking giant undervalued the price of its intellectual property assets when it shifted them to Ireland to reduce its tax burden. The IRS wants to decide if Facebook sold these assets too cheaply to its Irish subsidiaries. Of course, the U.S. government could fix this situation by reducing the highest corporate tax code in the developed world, one that encourages this sort of behavior by large multinational companies.