In the wake of the historic Brexit vote, here is an overview of Brexit, its influence on the price of gold, and other factors likely to influence the yellow metal in the weeks to come.

Why Is Brexit so Important to the Price of Gold?

The EU was formed in 1993, and (with Britain) consists of 28 member countries. The idea was to create a unified political and trading entity across Europe. The Eurozone, a 17-country subset of the EU, uses the euro as a common currency. Britain, despite its EU membership, has never been in the Eurozone, and has never used the euro.

Second, labor is a significant issue. Both social services and wages may be strained by EU stipulations that guarantee free movement for labor from country to country. This means, in practice, that labor from non-EU countries, which generally pay less, can move to the EU to seek work. CNBC has reported that 14 million people who work in the EU were not born there.

Third, Britain is in a relatively isolated position because the majority of EU countries use the euro. British politicians believe that the currency issue may have weakened their influence over the decisions made in the EU. 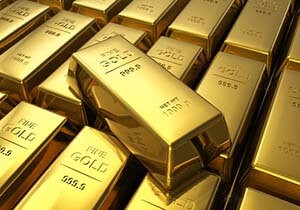 That's the pro-Brexit side. But of course there is a con British exit side, and that comes from the UK's government. The UK Treasury's data indicate that both productivity and the average gross domestic product (GDP) per person would undergo a meaningful drop in the wake of Britain leaving the EU. Tax revenue would fall. The Treasury estimates the tax losses would be more severe than any gains realized by exiting the EU.

Other institutions, including the Bank of England and the International Monetary Fund (IMF), have also forecast worrisome results. Those include a recession and a long-term decline in the average income of UK citizens.
And in the wake of the Brexit vote, we have seen some major fluctuations in the price of gold. Those are expected to continue from here…

How Brexit Affects the Price of Gold

The Brexit vote is likely to influence the price of gold because gold is often used as a hedge against market volatility and as a safe haven investment in uncertain times. Stock markets in both the U.S. and Europe plunged on the news, although they recovered in the next several days. The British pound also dropped dramatically.

More importantly, the ultimate outcome for both Britain and the EU are highly uncertain. Will the British economic establishment be proved correct and the country suffer economically? Or will they be able to negotiate good terms with the EU and ultimately be stronger, as the "Leave" side maintains? It will be uncertain until negotiations are concluded, which could be two years or more from now.

It is likely that the negotiations will cause market and currency fluctuations as they progress.

In addition, the vote may trigger further unrest about EU membership in other countries. That may affect markets globally as well, both in the EU and the United States.

Some EU countries are suffering economic weakness already. Greece and Spain, for example, report more than 20% unemployment. They are two of the largest countries in the EU.

The EU is still suffering the effect of a euro crisis which began in 2009. Some Eurozone countries, such as Greece, could not repay their debt, straighten out troubled banks, or refinance their debt.

As a result, since 2009, Greece, Spain, Portugal, Ireland, and Cyprus have all had to seek assistance in paying debt. They have had to approach the IMF, the European Central Bank (ECB), and other Eurozone countries.

In response, European interest rates were lowered in 2010. In 2012, the ECB began unlimited support at no cost for Eurozone countries who needed to bail out state banks.

In the wake of these policies, the economies of some countries, like Portugal and Ireland, have become more robust. In 2014, they were able to stop the bailout programs.

However, the economies of other EU countries are far from robust.

While the Brexit has been moving the price of gold in 2016, it is far from the only factor impacting gold prices in 2016…

Other Factors Driving the Price of Gold Higher

While the Brexit vote will certainly have an impact on the price of gold, it is not the only factor. Gold does well in periods of low interest rates because low interest rates weaken the dollar and thus make gold relatively more affordable.

Although the price of gold pulled back when it looked as if the Fed was going to raise interest rates in June, the recent jobs report indicated the economy was growing slowly. As a result, any rate hike will likely take place later in 2016.

Global demand has also been strong. The World Gold Council reports that Q1 2016 demand was up a robust 21% over the year-prior quarter.

The SPDR Gold Trust ETF (NYSE Arca: GLD), at a current price near $130, has risen 28% year to date. Gold mining stocks have done even better. The VanEck Vectors Gold Miners ETF, at $31.14 currently, has risen a whopping 118% since the beginning of 2016.
And there's an even bigger reason to invest in gold in 2016. In fact, Money Morning Global Credit Strategist Michael Lewitt says buying gold is the best investment to make before this market event creates market turmoil. Here's why protecting your money is so imperative right now…