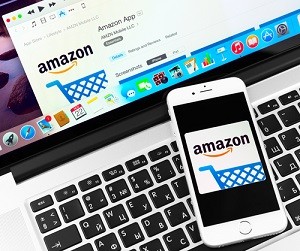 And because Amazon said it sold more products on its first Prime Day than any Black Friday in the company's history, the excitement for the event is even bigger this year. And that could help the Amazon stock price climb after the event once again.

Trending: Are Pot Stocks a Good Investment in 2016?

Today, we are going to show Money Morning readers why the AMZN stock price can climb even more after Amazon Prime Day 2016. But first, we want to make sure our readers know more about why Amazon Prime Day is so important for Amazon stock.

Across the globe, Amazon said 398 items were ordered per second on Prime Day 2015.

Prime Day is an ingenious way to increase sales for one day, but it actually helps boost sales for the long term…

Amazon keeps its Prime member totals a secret. But Consumer Intelligence Research Partners projects there are roughly 54 million Prime members who spend an average of $1,100 per year.

Now that we've explained how Prime Day works, here's how to invest in Amazon stock ahead of July 12…

How to Invest in Amazon Stock Before Prime Day

The excitement of the day and the fact that Amazon has promised a dramatic increase in inventory means sales could be even higher this year.

That would likely boost the Amazon stock price in the short term.

While the short term is enticing for Amazon stock, we at Money Morning are also focused on the long term.

Because of CEO Jeff Bezos' visionary leadership, Amazon is one of the best stocks to buy for long-term growth. He turned Amazon from an online bookseller in 1995 into an e-commerce giant worth $350 billion dollars today.

Bezos has completely revolutionized how we shop. Because of Amazon, consumers can easily check prices and have unlimited access to a wide variety of options.

But his next move is conquering a $14.4 trillion industry: The Internet of Things (IoT).

The IoT sector focuses on connecting devices to the web to make products more efficient and easier to use. Examples include using your phone to start your car or control the thermostat in your home.

In October 2015, Bezos launched Amazon Web Services (AWS) IoT. This will allow users to connect their devices to cloud-based apps and create interactions between the two.

And Bezos is already showing early examples of this through Amazon Echo.

Through the speaker-like device, users can order a pizza from Dominos or hail a ride through Uber.

The Bottom Line: The Amazon stock price climbed 2.68% after last Prime Day. With more awareness of the shopping day and more products on sale, Prime Day 2016 could be another huge success. This could help AMZN stock climb in the short term, but this is one of the best stocks to own for long-term investors because of CEO Jeff Bezos' visionary leadership. With a price target of $817.59 from FactSet, investors could profit over 10% from today's opening price.

Up Next: How to Beat Wall Street at Its Own Game