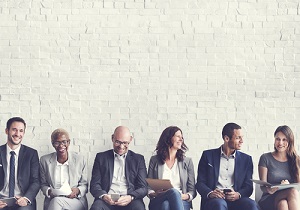 Dow Jones Industrial Average News, 7/12/2016: Markets are rallying yet again on the hope of even more cheap money filtering into the system.

Trending Now: The Next European Brexit Crisis Is in Energy

With bond yields falling to new lows and even into negative territory in some pockets around the globe, investors are jumping back into equities.

Tack on the fact that the Bank of Japan has slashed its inflation forecast, and new speculation emerged this morning that Japan, Britain, and several other countries could be on track for new rounds of stimulus cash. But Japan's negative-interest-rate policy is still very dangerous for the global economy…

The structural calamities of our global economy are very apparent, and it's making it impossible for anyone who foresees market problems on the horizon to short stocks or the broader market as a whole.

Because of that, Money Morning Global Credit Strategist Michael Lewitt has projected the timing of a Super Crash, and investors should heed his warning.

With stimulus sugar on the brain for so many investors, it's critical that they look beyond the headlines toward a number of other stories and profit opportunities available today.

Dow Jones futures projected a 70-point gain as the market builds on an extended rally from Friday's jobs report. In June, the U.S. economy added 287,000 new jobs, while the unemployment rate ticked up slightly to 4.9%. Meanwhile, the S&P 500 appears ready to hit a new all-time high today as investors pour into global stocks.

The Federal Reserve is back in focus today. U.S. Federal Reserve officials Daniel Tarullo, James Bullard, and Loretta Mester will give speeches at some point today. Investors are curious about the timing of the next interest rate hike by the Fed Open Market Committee.

Crude oil prices were pushing higher on a weaker U.S. dollar. This morning, Saudi Energy Minister Khalid al-Falih argued that countries needed to sustain a price above $50 per barrel. However, he conceded that downward pressure would be inevitable due to a rise in global inventories whenever prices appear ready to break out. This morning, WTI crude prices were up 2.4%, while Brent crude prices were up 2.8%. Here is where crude oil prices are heading next.

With the Affordable Care Act eroding before everyone's eyes, President Barrack Obama has doubled down on government involvement in the healthcare sector. The president has called for Congress to create a "public option" for health insurance that would compete against private healthcare providers. Of course, some advocates of the "public option" see it as a pathway to single-payer health insurance and the nationalization of the industry.