Yesterday morning, crude oil prices reversed the recent trend that had driven oil down to a two-month low by close of trade Monday. The reasons for this fall were simple: Commentators were again returning to the mantra of an "oil glut" that kept prices low, while another round of short selling by the usual suspects worked to push oil down.

The result was an 8.6% decline in West Texas Intermediate (WTI, the benchmark crude rate used for futures trading in New York) over the past five trading sessions and a 10.3% dive since close on June 29.

A similar slide was registered for Dated Brent, the equivalent (and globally more widely used) benchmark set daily in London. Brent broke back above the $50 a barrel mark on July 1, only to fall back 8.3%.

Pundits are now once again using the excess oil supply "argument" to justify their calls for lower oil prices in the near term... despite oil moving up again yesterday.

Now, I continue to hold to a $50 a barrel price in the short term. That means we are about there.

Here's why I'm sticking to my forecast... and what the pundits are missing...

Oil Demand Is Moving to Asia - but Supply Isn't 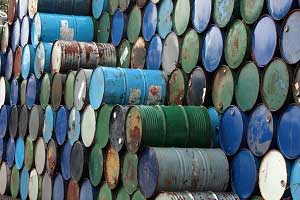 Any move up will result from the more traditional interplay between supply and demand, augmented by the ever-present external factors of geopolitics (civil war in Libya, unrest in Nigeria), socioeconomic collapse (Venezuela), the spiraling debt picture (United States), and Mother Nature (Western Canadian wildfires).

As for global demand, it continues to strengthen, with the Asian market being the focus of interest. In fact, as I have noted in the past, the demand picture will be moving to the Asian mainland between now and at least 2035.

In other words, Asia will be dictating the world's market prices moving forward.

But it's the supply side of the equation that's once again attracting attention. Now, there's always more production in the market than end-users require at any given time.

However, lately we've been experiencing record-high levels of excess oil. Even when production has been limited (as the crises in Libya, Canada, Nigeria, etc. have done), the continued presence of a "glut" has tempered prices.

That's because the actual oil in the market or in storage is no longer the governing factor...

The Real "Oil Glut" Is Underground

But the availability of historically high amounts of extractable crude is.

The amount of crude known to exist in reserves currently under development and the ability to lift that volume in short order are the new normal. It used to be that the 2 million barrels a day or so the Saudis could bring online in a few hours was the "balancer" of global oil prices.

The rise in huge reserves of unconventional (shale and tight) oil in the United States has changed everything. The sheer amount of oil known to be available has dwarfed the traditional way of looking at matters.

But to really understand what's happening here, some clarification is in order. You see, while pundits talk a lot about an "oil glut," they often confuse two very different things.

The first is the crude already out of the ground and sitting in either storage or pipelines at places like Cushing, Oklahoma. But that in itself is not the issue. New pipeline networks are now moving more of that excess out of Cushing and on to petrochemical complexes on the Gulf Coast.

And it's useful to remember that such a "glut" has existed for some time. In fact, Cushing had a significant backlog of stored crude two years ago... when oil prices were in the triple digits.

The second - and the real - "oil glut" has been the rise in extractable reserves. This is essentially a result from the advent of the shale age.

But these easily extractable reserves act differently from a simple excess of oil in the market. Simply because the oil is there does not mean it is, or will be, pumped. That is dictated by market conditions.

No company deliberately wants to shoot itself in the foot by pumping oil now that it could sell for more later - unless, that is, it's a company that's running one step ahead of the sheriff or the bank.

The key is to extract oil as and when prices justify doing so.

In the United States, that still means $65-$75 a barrel for most of the "glut" - the easily extractable oil reserves. In other words, all this "excess" oil known to be underground isn't much of a governing factor on oil prices when much of it can't be pumped and sold at current prices.

Instead, it's the balance that governs oil prices...

Actual Market Supply Is What Matters for Oil Prices

Slowly the oil picture has been returning to that balance, one between effective demand (the kind of demand that, since Adam Smith, has actually moved the needle) and actual in-market supply.

At the end of the day, it's this balance that will progressively determine sustainable oil prices. And here, a consensus is rapidly forming. OPEC, the International Energy Agency (IEA), the U.S. Energy Information Administration (EIA), and other major sources are all in agreement that the balance will take hold at some point between the last quarter of 2016 and mid-2017.

For others, it is already upon us, despite post-Brexit volatility, rising political differences and tension in the South China Sea, and a U.S. presidential election.

All of which means that the days of $100 oil are not coming back anytime soon.

But don't worry. The $60+ per barrel that's anticipated, and the $50 per barrel already here, are quite enough to make nice profits in the sector.

Now, as I mentioned last week, I'm currently engaged in a series of meetings, as some major developments in global oil finance are intensifying, with the UK's decision to leave the EU being one of the main causes.

The past week has indicated that the market is likely to experience the first sea change in how oil project funding is procured, and which cross-border banks are going to benefit.

You'll see the fallout from all of this in my next Oil & Energy Investor issue.

This Company Is Leading a Wind Power Revolution: Europe's largest wind power initiative ever is a five-project, 3,500-MW endeavor that will power millions of households, and for far less money than previous offshore wind projects. This has big implications for the global energy balance...