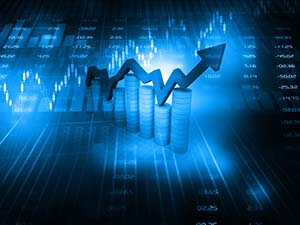 The Dow Jones Industrial Average and the S&P 500 closed at new records as investors continue to push into equities.

Investors need to know about a number of other critical stories today that might have slipped under the radar. Before we get to those stories, check out the results for the Dow Jones, S&P 500, and Nasdaq:

The Dow Jones closed at a new record high – adding another 134 points – as investors grew more bullish about financial stocks thanks to fresh stimulus measures and dismissed macroeconomic concerns tied to Europe.

This morning, the Bank of England surprised investors on news that it was not going to slash interest rates for the first time since 2009. Markets largely expected that the British central bank would cut rates by at least 25 basis points in the wake of the country's vote to depart the European Union.

Markets also pushed higher thanks to a positive start to the earnings season. Shares of JPMorgan Chase & Co. (NYSE: JPM) are up more than 1.8% after the company topped earnings expectations. The investment bank reported earnings per share (EPS) of $1.55, far above Wall Street estimates of $1.43. The surprise earnings sent the markets into the stratosphere as investors now anticipate that other financial stocks could surprise in the wake of the Brexit.

Tomorrow, keep an eye out for earnings reports from Citigroup Inc. (NYSE: C) and Wells Fargo Co. (NYSE: WFC). Financial stocks are in focus in the wake of the British vote to depart the European Union. While investors are keeping an eye on exposure to the fragile European financial sector, investors should definitely avoid Deutsche Bank AG (NYSE: DB). Money Morning Global Credit Strategist Michael Lewitt warns that the company's stock is poised to slump into single digits.

The big focus today was on speeches from members of the U.S. Federal Reserve, as investors continue to seek clues on the timing of the next interest rate hike by the U.S. central bank.

Today, Atlanta Fed President Dennis Lockhart said that the central bank should be "cautious and patient" before deciding to increase rates in the near future. Lockhart raised said that the Fed should wait until there is a clear picture about the impact of the Brexit before making a significant decision on monetary policy.

Oil prices were rising again despite ongoing concerns to a "global supply glut." WTI crude prices added 1.6%, while Brent crude gained 2.0%. Money Morning Global Energy Strategist Dr. Kent Moors has good news for investors. It turns out that U.S. companies are in the beginning stages of one of the greatest changes to how they invest in the energy sector in more than a decade, and he lays out the best way that investors can profit in the years ahead.

But the big news today is that presumed Republican Presidential nominee Donald Trump is poised to announce his vice presidential candidate. Trump is expected to announce Indiana Gov. Mike Pence will be his running mate for president. Already, expected Democratic nominee Hillary Clinton is on the attack on the potential ticket. In fact, Clinton's campaign has been hammering Trump over his planned immigration policy. See what Clinton's team is saying about Trump's immigration plan and its expected impact on the U.S. economy, right here.