Back in May, I warned you about the hype surrounding the Decentralized Autonomous Organization, or DAO.

I hope you listened.

The concept of a leaderless non-entity entity – in effect a software program running what amounted to an investment fund based on a cryptocurrency called ether, hived off a blockchain platform known as Ethereum – was a long shot from the beginning.

While the idea that a decentralized autonomous organization could raise money, cryptocurrency actually, which investors in turn received “tokens” against, representing their investment capital, attracted over $150 million via crowd-funding is fantastic.

Too bad the DAO, which was supposed to allow token holders to vote on funding other Ethereum-based programs and businesses and hopefully earn a return on those investments, got hacked – literally – to death.

Here’s what happened to this fintech disruptor, and what investors need to know now…

The DAO Was Hacked to Pieces 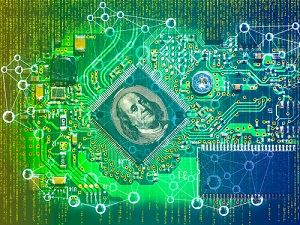 Before a single project could be successfully voted on – to get funding a quorum of 20% of token holders had to vote “yes,” but the closest any project ever got was getting a 10.72% vote by token holders – someone figured out how to vote themselves everyone else’s tokens.

Using a fairly simple trick, a hacker got into the DAO’s code and told the program to set up a “child fund” (an off-shoot of the main DAO fund) and fund it with other investors’ tokens.

The recursive trick told the program to take tokens and vote them into itself. Before the hacker got tokens, which would then show a new balance in each token holder’s account, the recursive hack program interrupted the allocation command and did it again. By constantly interrupting each transaction before it was complete and making the hack recur over and over, $54 million worth of ether tokens were eventually transferred to the hackers’ child fund before anyone saw their balances change.

What Happens Now (It’s Not What You Think)

The beginning of the end of the DAO isn’t all bad. The hacker wasn’t able to withdraw their pilfered tokens because that takes 27 days to do so under the DAO’s rules. In the meantime, the hack was discovered and the DAO dropped dead.

By dead I mean it stopped everything. It had to. It had been hacked. There was a massive theft. There was a total breech of confidence. The idea of the DAO was completely shot.

Because the tokens are still at the DAO, since they reside on that so-called smart contract platform, the theft can simply be reversed and all the tokens taken out of the child fund and returned to their original investors.

That’s probably what will happen.

But believe it or not, it may not…

Token holders can actually vote to let the theft proceed – and therein lies the problem with the DAO.

It’s an experiment that went terribly wrong. And the question is: how will it all be resolved?

If investors vote to get their money back, they’re saying anything on a supposedly blockchain-safe platform can be reversed. That isn’t what is supposed to happen.

If investors vote to let the hacker win, they’re saying, we know the risks involved in letting a computer program run amok and we’re willing to trust that somewhere down the path these so-called “bugs” and program vulnerabilities will be fixed and we’re willing to move on.

Not likely. We’ll find out what the vote is any day now, and I’ll let you know.

And I’ll let you know what the legal, regulatory, and confidence ramifications are when the vote comes in.

There’s a lot riding on the failure of the DAO, and all those ramifications are going to show us ways to make money on what’s going to work and what’s not going to work.

Up Next: How to Profit from the Mother of All Black Swans