The white metal is on track for a 2.5% loss this week as a strong market rally sparked renewed interest in stocks. That has erased interest in safe havens like silver.

Before we share our updated forecast on silver prices, here's what's been weighing on silver this week - as well as what's been fueling its rally so far in 2016...

3 Reasons Why the Silver Spot Price Is Down 2.5% This Week

In the days following the Brexit vote, silver prices saw a massive boost as global stock markets plunged and investors flocked to precious metals. The Dow Jones Industrial Average lost nearly 900 points in the two days of trading after the Brexit. European stock markets fell sharply, and the British pound plunged to a 31-year low.

But worldwide markets have quickly recouped those bruising losses as Brexit fears subsided...

On Thursday, July 14, the Dow Jones Industrial Average and S&P 500 closed at record highs, building on gains logged all week. The S&P 500 closed at an all-time high for the fourth consecutive day yesterday. That marked its longest string of record closes since November 2014. The two key U.S. benchmarks are on pace for six straight days of gains. 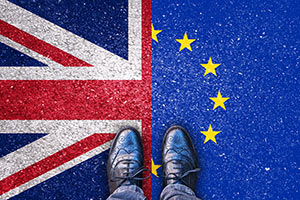 The second factor is the strong start to the Q2 earnings season...

And the third factor boosting stocks this week is U.S. Federal Reserve's interest rate outlook. Investors and traders bet the central bank won't raise rates until at least 2017 as the repercussions of the Brexit vote continue to unfold. Many even bet there will be an interest rate cut before an increase.

While low interest rates are bullish for both stocks and silver spot prices, sentiment has turned more toward risk-on trading. That means investors are more interested in bargain hunting for battered stocks than investing in safe havens like silver.

Money Morning Resource Specialist Peter Krauth says a brief pullback in silver prices is to be expected. After all, silver has been one of the best-performing assets on the market, with prices up nearly 50% in 2016.

But we're bullish on the price of silver this year, which is why we just increased our silver price target...

This Is Where the Silver Spot Price Is Heading in 2016

Krauth sees the silver price hitting the $20-$22 range by the end of the year.

Here's what will fuel the rally...

Next Up: One of the Market's Biggest Takeover Targets Might Solve World Hunger, Too