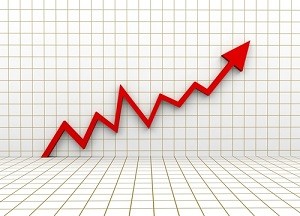 Another wild week in the markets is about to kick off.

Update: This Fintech Disruptor Has Been Hacked

The Dow Jones was pushing higher this morning as traders await another round of earnings reports. A string of big mergers and acquisitions also top the headlines on this Monday morning.

But while the financial press spends too much time talking about the Bank of America Corp. (NYSE: BAC) quarterly earnings report, there are several profit opportunities that you might have missed.

Dow Jones futures projected at 34-point increase after Bank of America topped quarterly earnings expectations. The company reported earnings per share (EPS) of $0.36, beating Wall Street estimates. The figure is still 20% lower than the $0.45 that it reported during the same period in 2015. Bank of America is off 0.3% this morning due to the stunning level of low expectations that Wall Street has for earnings this quarter. In fact, Money Morning Capital Wave Strategist Shah Gilani believes the big banks could implode before ever being broken up…

Traders are unwinding safety trades this morning after a failed coup in Turkey. Over the weekend, a small faction of the Turkish military took control of the country, which borders key oil producers like Iraq, Iran, and Syria, a country that has been a geopolitical mess in the last few years. The rebellion was quickly squashed and no delays have been expected in the global energy markets.

The markets are also largely expecting another round of easy money this week. The European Central Bank (ECB) is set to meet this week to discuss the possibility of more financial stimulus later this fall. The markets have been pushing higher since Japanese Prime Minister Shinzo Abe won an election last week and immediately ordered a fresh round of stimulus. But even with new stimulus, there is one policy by Abe that could trigger a stock market crash.

Profit Opportunity: We found a way to profit from the mother of all black swans…

In deal news, shares of Arm Holdings Plc. (Nasdaq ADR: ARMH) are up a staggering 43% in pre-market hours after the firm agreed to sell itself to Japan's SoftBank Group for a little more than $32 billion in cash. Shares of Softbank Corp. (OTCMKTS: SFTBY) were down slightly this morning.

The Republican National Convention kicks off today in Cleveland, Ohio. Front-runner Donald Trump is expected to accept the GOP's nomination on the final day of the convention, July 21.

Oil prices were sliding this morning as traders reduced anxiety about the failed Turkish coup.

Meanwhile, gold prices were up slightly in the wake of the failed Turkish coup. While there will be a lot of chatter about macroeconomic risk this week, investors need to know about the best way to invest in gold right now. Money Morning Executive Editor Bill Patalon offers the single best gold investment out there today in a conversation with Capital Wave Strategist Shah Gilani.

4175 Reads
The Best Penny Stocks to Own Right Now – 185% Profit Potential
The best penny stocks to own are the highest reward for the lowest risk. And there are preferably a lot of insiders buying up shares in good faith. Then I can trust the high analyst projections - like the 185% growth target on our top penny stock today.