Last week, I told you about the hack that drained $55 million in cryptocurrency from the crowdfunded Decentralized Autonomous Organization (DAO), and that a vote by members about how the handle the hack was forthcoming.

Voting by token holders on the future of the DAO wasn't as exciting as the Brexit vote, but it may have mattered just as much.

Token holders in the DAO (who in a parallel universe known as reality would be called investors, since they converted dollars into a cryptocurrency known as Ethereum and bought tokens, which in this parallel universe would be called capital voting shares) overwhelmingly voted to exit the would-be investment fund by reversing time in their digital Ethereum world, so it's like the hack - and the $55 million theft - never happened.

Profit Opportunity: How to Profit from the Mother of All Black Swans

Of course it was a no-brainer vote, right?

Who wouldn't vote to get all their dough back from a hacker who stole $55 million worth of ether from the $155 million crowdfunded pool?

Not everyone. Some folks voted to let the hacker keep what he stole... for the sake of the future.

The DAO vote, like the Brexit, will have far-reaching consequences for your financial future.

Breaking Down the DAO Vote 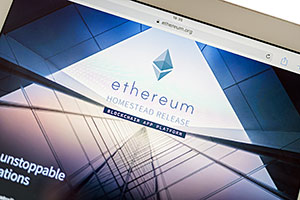 In the DAO world, the vote was about a so-called "fork in the road."

A "yes" vote to reverse the hack so everyone gets their ether tokens back is called a "hard fork," while a "no" vote would have resulted in a "soft fork."

Proponents of the hard fork, including some of blockchain Ethereum's founders (from which the cryptocurrency ether comes and was the basis of the "smart contract" upon which the DAO program was built) argued that reversing the chain of events that in the blockchain Ethereum world are supposed to be "immutable" wasn't a knock on Ethereum, but an admission that the program based on Ethereum was fatally flawed.

That argument, which I agree with, postulates that Ethereum is kind of like the Internet and the DAO was a program running on it. If there's a problem with a program on the Internet, it doesn't have anything to do with the Internet functioning normally.

We're Seeking Maximum Profits from the "IPO Icebreakers": 2016 has been a rough year for IPO investors, but that's about to change in the most lucrative way possible. Here's what you need to know to get ready for the turnaround. Read More...

Proponents of the hard fork also argued that by not returning what amounts to about 4% of all the ether in the Ethereum world, that "trapped" currency would impact future use of ether as a means of exchange.

On the other hand, soft fork proponents argued that in the reality of the DAO the hacker, the thief did nothing wrong. In fact, he, she, they, were just being rewarded for their activities which were technically, in programming terms, within the rules set out in the DAO's code.

In other words, if a smart contract is immutable, it should be immutable and irreversible, otherwise a precedent is being set that protects smart contract code mistakes with a full refund.

The hard fork was taken, overwhelmingly, and the hack was reversed.

What does it mean for blockchain technology?

What It All Means for the Future of Blockchain

Now, all blockchain technology and the promise of smart contracts are facing their own fork in the road.

Since it appears that no code is 100% safe - and we'll never know if any code ever is because coding is a science, which means that its only proved until it's disproved - will blockchain continue down the path it's on and take over the world as we know it?

Will smart contracts, based on supposedly immutable code, that we know can potentially be mutated, fulfill their promise of changing how the world works?

Based on the DAO vote, the jury's definitely still out.

But that's not going to stop the blockchain and smart contract juggernaut that's been unleashed.

It just means investors in blockchain technology, investors in cryptocurrencies, and investors who rely on smart contracts better know when they come to that proverbial fork in the road which one to take.

And that means this story is far from over. Stay with me at Wall Street Insights & Indictments as we cover the evolution of blockchain and smart contract technology - and how you can profit.

How to Invest in Bitcoin: Beyond its utility as a safe haven, Bitcoin has proven itself a remarkable investment, with a compound annual growth rate of more than 80% over the past three years. To find out how to add this "digital gold" to your portfolio, check out Money Morning's guide, How to Buy Bitcoins...