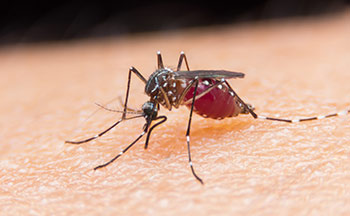 The Zika virus has reached New York City and its 8.6 million population, according to a report issued by the Centers for Disease Control and Prevention (CDC) and the New York City Department of Health & Mental Hygiene on July 15.

But there's a surprising twist: This was the first-ever documented case of female-to-male sexual transmission of the Zika virus.

Trending News: Should I Invest in Pot Stocks in 2016?

Sexual transmission remains a relatively small source as to how the Zika virus spreads right now.  Of the 1,130 people who have been diagnosed with Zika, 15 contracted it through sexual transmission, according to the CDC. Because of limited knowledge about the virus, though, it had been previously believed Zika could only pass from men to women or between two men, according to The New York Times.

What Is the Zika Virus?

The Zika virus was first traced to the Zika Forest of Uganda in 1947. Since the 1950s, individuals from the equatorial belt from Africa to Asia have been primarily affected by the virus.

The Zika virus cannot be prevented by vaccines or medications, and it can spread from a pregnant woman to her fetus. The spread of the disease to the fetus can cause brain damage and other birth defects. Countries like Columbia have even gone as far as to advise women to postpone getting pregnant until more is known about the disease.

A big part of the problem is roughly 80% of those infected with Zika show no symptoms.

That's why funding research for preventative vaccines and learning more about the virus is so important.

But projections on the total cost of the Zika virus are vague because of the newness of the disease. There was already a mosquito-spread disease, though, that cost the world billions that you might not have heard of: the Dengue virus.

Although it's not considered as serious as Zika, the Dengue virus causes fevers, rashes, and muscle and joint pain. In rarer cases, it can cause serious bleeding, which could be life-threatening. Donald Shepard, a health economist at Brandeis University, believes the Dengue virus cost the global economy $8.9 billion in 2013.

And now that the Zika virus has hit close to home, Americans are wondering how much a global outbreak would cost to prevent.

Well, we actually have a hard number on the cost to fight Zika…

The Initial Costs of Fighting the Zika Virus in the U.S. Are Staggering

On Feb. 18, the head of the House Appropriations Committee turned down President Obama's request for emergency funding to combat the Zika virus.

According to The Hill, most of the money would have gone to the Health and Human Services Department (HHS) to fund vaccine research and diagnostics.

The request was mainly turned down because the HHS has access to other funds. According to Appropriations Committee Chairman Hal Rokers (R-KY), the HHS should tap into the $1.4 billion left over from the government's emergency Ebola funding.

"These funds can and should be prioritized to meet the most pressing needs of mounting a rapid and full response to Zika," Rogers and two GOP Appropriations subcommittee members wrote to President Obama's budget director.

Press Secretary Josh Ernest said in June that the Obama administration didn't want to take away money from the Ebola fund. Even though there were zero cases of Ebola reported in the United States in 2015, the administration still wants to have the money stay in the fund to fight the virus if it makes another major appearance.

Up Next: Finding Investment Opportunity in the Zika Virus Outbreak

Is the U.S. doing enough to fight the Zika virus? Let us know on Twitter @moneymorning and Facebook.