With two proposed Bitcoin ETFs already in the pipeline, would-be cryptocurrency investors were surprised last week by a new filing for an exchange-traded fund based on Ethereum. 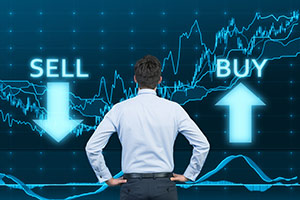 An entity called the "EtherIndex Ether Trust" filed an S-1 July 15 with the U.S. Securities and Exchange Commission (SEC). It follows a similar S-1 filing by the Winklevoss Bitcoin Trust (BATS: COIN) three years ago (revised for the sixth time just three weeks ago) as well as an initial S-1 filing for the SolidX Bitcoin Trust (NYSE Arca: XBTC) one week ago.

Like Bitcoin, Ethereum is a digital currency based on blockchain technology. Launched just one year ago, Ethereum has zoomed to a total value of about $1 billion. That's second only to Bitcoin's $10.5 billion among the world's hundreds of cryptocurrencies. [Read More: New Cryptocurrency Ethereum Won't Kill Bitcoin - and Was Never Meant To]

But it looks like the EtherIndex folks have jumped the gun in filing for an Ethereum ETF...

Why This Ethereum ETF Pales Beside the Bitcoin ETFs

It's not clear this group really knows what it's doing. The evidence suggests they saw the Bitcoin ETF news and then rushed to slap together an Ethereum S-1 filing.

The company behind the Ethereum ETF, EtherIndex, came into existence less than two months ago. And neither of the two co-founders, former futures trader Gregory DiPrisco and commodities trader Joseph Quintilian, appear to have any background in cryptocurrencies.

As for the S-1 filing, it compares poorly to those of the Bitcoin ETFs. There's no proposed ticker symbol or exchange, and no administrator or trustee is listed. It doesn't even list an exchange from which the daily price will be derived, necessary for setting the NAV (net asset value).

But apart from EtherIndex's ability to actually get an Ethereum ETF off the ground, basing an ETF on Ethereum is a very dicey proposition.

As a digital currency Ethereum shows much promise, particularly because it is "Turing-complete" and is much better than Bitcoin at running smart contracts.

But because of that, Ethereum is less of a currency and more of a mechanism for settling contracts. While ether needs to have value to make the system work, it's hard to say how much the use of Ethereum will drive prices higher.

And another, much more critical difference between Ethereum and Bitcoin makes an Ethereum ETF even more questionable...

Why You'll Want to Avoid Investing in Any Ethereum ETF

You see, Bitcoin was designed to be deflationary - only 21 million will ever be mined. And the rate at which bitcoins are mined declines at a steady rate. Recently the mining reward dropped in half from 25 bitcoins to 12.5. Such "halvings" are programmed to occur about every four years, tightening the supply of new bitcoins and preserving their value.

Because Ethereum serves a different purpose, much more ether will be created. Already, in just its first year, 82 million ether have been created - four times the maximum number of bitcoins that will ever be created.

Ethereum creator Vitalik Buterin has said more ether will be created as needed. The software allows for up to 18 million new ether per year to be mined. That means Ethereum will be an inflationary currency for decades to come.

That's critical in evaluating Ethereum as an investment, particularly with respect to Bitcoin. The deflationary element makes a Bitcoin ETF a much more attractive proposition than an Ethereum ETF.

The DAO (Decentralized Autonomous Organization) was an ambitious Ethereum-based experiment launched earlier this year. It was to serve as a way to amplify Ethereum's smart contract capabilities.

But last month it went terribly wrong. One clever actor was able to program a contract that siphoned ether from other DAO participants -- $50 million worth at the time. It was discovered before the ether moved, but the DAO had to be frozen.

That forced the Ethereum community to vote on a solution, which turned out to be a "hard fork" in the Ethereum code. [Read More: What the DAO Vote Means for Blockchain... and Your Financial Future] The hard fork, implemented today (Wednesday), is a version of the software that returns the siphoned ether to the original owners.

While Ethereum will survive, the DAO crisis suggests the cryptocurrency isn't yet ready to serve as the underlying commodity in an ETF.

With this episode so fresh, it will be a long time before the SEC will feel comfortable enough with this digital currency to approve any Ethereum ETF.

It's just as well. As we've explained, Bitcoin is better-suited as an investment than Ethereum.

Besides, the long wait for a Bitcoin ETF could be over soon. The Winklevoss Bitcoin ETF has progressed to the point where it has to get a thumbs up or thumbs down from the SEC by early March of next year.

You see, the BATS exchange filed for a rule change on behalf of the Winklevoss Bitcoin Trust, which was published July 14 in the Federal Register. It's the last step before SEC approval (or rejection).

The timetable is now set, with SEC approval possible as early as the end of August.

For investors seeking to add a little cryptocurrency to their portfolios, the Winklevoss Bitcoin ETF (and, eventually, the SolidX Bitcoin ETF) will prove a much more solid option than any investment vehicle based on Ethereum.

Next Up: These Two Big Central Bank Lies Are Propping Up Global Markets

The claim that "That means Ethereum will be an inflationary currency for decades to come." is incorrect.

Ethereum is: disinflationary (rate of inflation declines over time), currently less inflationary than bitcoin was at a similar point in it lifecycle, it is, and will be moving to proof of stake probably sometime in 2017. After the move to proof of stake it will have negligible inflation and Ether holders who participate in staking will recieve transaction fees.

Thanks for reading Money Morning, and thanks for the comment.
I was looking at some older documentation (from 2014) that suggested a steady amount of ether would be created well into the future. Apparently even now it's undecided how much ether will be created after the switch to POS. In any case, that makes Ethereum disinflationary, as you say. Still, I think in the long run the hard cap on Bitcoin is an advantage, at least from an investing perspective.