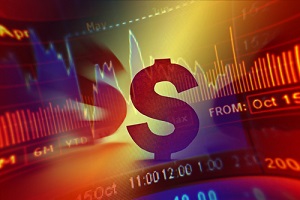 Trending News: The Chinese Government Just Landed a Deal to Access Our Phones

Financial stocks are back in focus today in addition to a number of stories putting oil into focus.

While investors are caught up in earnings reports this afternoon, there exists a wealth of other stories and profit opportunities that investors must know this Wednesday morning.

Dow Jones futures projected a 56-point gain thanks to Morgan Stanley (NYSE: MS). The investment bank reported earnings per share (EPS) of $0.75 in Q2 2016. That topped Wall Street expectations of $0.59. The firm reported stronger than expected profits in its fixed-income and investment-banking units. Later today, we'll get a better understanding of U.S. credit and consumer spending when we hear from American Express Co. (NYSE: AXP).

While all the chatter in the financial sector centers on the surprise earnings from Morgan Stanley and Goldman Sachs Group Inc. (NYSE: GS), this one global bank has attracted the attention of Money Morning Capital Wave Strategist Shah Gilani. In an exclusive report, Gilani explains how this German bank could very well tear down the global economy, and there's plenty of evidence to back it up.

In deal news, international agricultural giant Monsanto Co. (NYSE: MON) has rejected the latest bid from German chemical giant Bayer AG (OTCMKTS ADR: BAYRY). The latest bid was set at roughly $65 billion. Monsanto said that the offer undervalued the biotech seed giant, but they were open to further negotiations in the near future. MON stock was up 0.6% this morning.

Tech stocks are in focus thanks to a weak report by Netflix Inc. (Nasdaq: NFLX). The streaming giant reported weaker than expected subscriber growth. The stock fell more than 13% yesterday, but was showing modest gains in pre-market hours. Our tech specialist Michael Robinson believes companies are facing choppy conditions as the Dow and the S&P 500 hover near record highs. Michael explains how to build wealth in tech stocks in any market condition.

The Republican National Convention continues today in Cleveland, Ohio. Last night, the RNC officially nominated Donald Trump as its candidate in the 2016 election. Trump will accept the nomination on July 21, the final day of the convention.

In other "Republican" news, FOX News Channel Chairman Roger Ailes in in discussions to depart Twemty-First Century Fox Inc. (Nasdaq: FOX) after an investigation into ongoing reports of sexual harassment. Ailes founded FOX News in the 1990s and shaped a channel that dramatically changed the social, political, and cultural slants of 24-hour news channels and society at large.

Oil prices were flat this morning as investors prepare for a weekly inventory report from the U.S. Energy Information Administration. If the EIA announces a decline in inventories, this would be the ninth consecutive week that domestic crude levels have declined.

WTI crude oil prices were up 1.0%, while Brent crude oil prices added 1.1%. But while the mainstream press talks about WTI and Brent every trading session, they're missing the bigger picture about where global demand and international energy finance is heading. This country has become a behemoth in the crude markets and will shape the markets in the future. And no, it's not China.