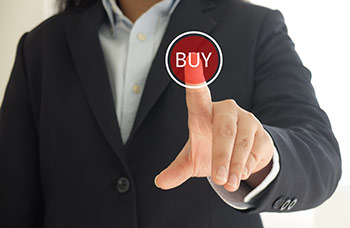 The S&P 500 and Dow Jones rocketed to record highs last week. Both indexes saw weekly gains of 1.5% and 2%, respectively.

But Money Morning Technical Trading Specialist D.R. Barton sees a slight dip coming, which is why he just revealed a list of the best stocks to buy now before the market pulls back.

Stock market indexes in both the United States and around the world had banner performances last week.

Despite the rally in global markets, the heightened interest in safe-haven gold shows investors are still worried about the post-Brexit market environment. [Editor's Note: These are the two best tech stocks to buy after the Brexit vote.] For the 25th week out of the last 27, money flowed into the yellow metal. Gold prices have soared 25.6% this year, ranking the metal among the best-performing assets of 2016.

Still, our best stocks to buy now have remained resilient. In fact, the broader U.S. market shrugged off a recent spate of international attacks, including the terror attack in Nice, France. The VIX, which is the market's fear gauge, sits at its lowest level in a year.

There was a time when geopolitical crises had a big impact on the markets, but that's clearly not the case anymore.

"For the past 30 years or so, the markets have become less and less sensitive to global trouble spots and, naturally, more and more dependent on the actions of central bankers," explained Barton, a widely read authority on technical trading with nearly three decades of experience.

The most notable measure came from the Bank of England, which said it expects to launch fresh stimulus on multiple fronts in August. The central banks in Japan and China also stated they will use monetary easing measures to stimulate their economies.

While Barton noted the stunning rebound effect these measures have had on markets, he said markets will likely fall from their current highs. The bullish sentiment will naturally fizzle out and lead to a short-term pullback.

That's why Barton just compiled a list of the best stocks to buy now to profit from this decline. One of his recommendations directly plays market volatility, while another is a massive tech titan that's proven resilient during times of turbulence.

These Are the Best Stocks to Buy Now

With a pullback likely about to happen, Barton said a leveraged volatility play will yield big profits when market turbulence returns. He recommends the iPath S&P 500 VIX Short-Term ETN (TSE: VXX), which lets you make money from short-term market volatility. In other words, a drop in the S&P 500 will send shares of VXX higher.

And if we get the pullback Barton is expecting, he said to look into adding some big-name companies to portfolios.

Shares of LMT stock hit an all-time high of $263.37 last week. The company recently confirmed it signed a $166 million deal with the U.S. Special Operations Command (SOCOM). Under the deal, Lockheed will develop, design, test, and produce dry combat submersible systems. Lockheed was chosen among 34 other applicants for the contract.

"This stock has proven time and again that it has the juice to stand up to the markets," Barton said. "And as far as we are concerned, we're going to be riding this profit train as long as we possibly can."

Instant articles allow users to read content directly on the social media platform rather than on another site. The company said this update will load up to 10 times faster than a standard mobile web article. The rollout of the Messenger update is expected to occur over the next couple of weeks.

Next Up: The Secret Reason Facebook Stock Is a Top-15 Holding for Institutional Investors