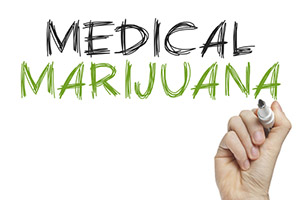 Cannabis stocks are poised to outperform the broader market in 2016, and it's mostly thanks to the banner year legal marijuana sales are about to have.

ArcView Market Research – which focuses on the growing economic effects of the pot industry – reports U.S. firms that sell medicinal or legal marijuana will post sales of $6.7 billion this year. That would mark a 25% increase from sales of $5.4 billion in 2015.

Bonus Content: Everything you need to increase your wealth like never before is in this brand-new guide – including the best strategy to outperform the S&P 500 by triple digits.

The first two trends deal with the growing acceptance of marijuana use in the United States. But the third deals with the cannabis industry's intersection with another $187 billion market.

Cannabis legalization is becoming a massive movement across the United States, and it shows no signs of slowing down.

Since 2000, the number of states legalizing marijuana use for medical purposes has been steadily rising. Before that year, only three states – Maine, California, and Oregon – had legal cannabis laws.

As of June 2016, there are 25 states – and Washington, D.C. – that permit cannabis use of some kind. According to ProCon.org, the states include…

The total number of states will likely increase in November when more than 20 states vote on marijuana legalization. The increased marijuana revenue from these states will be a huge boon for cannabis stocks.

Bullish Trend for Cannabis Stocks No. 2: Pot's Influence Across Sectors

The influence of the marijuana industry is spilling over into other areas of the market. In fact, there are three market sectors currently benefiting from the growing acceptance of cannabis use…

The second industry being impacted by the cannabis market is social media. Companies are starting to use marijuana culture as a way to bring people together on a social media platform. One of the biggest cannabis social media firms is MassRoots Inc. (OTCMKTS: MSRT), a site that lets users share pot-related experiences and has over 725,000 users.

The 5 Biggest IPOs of 2016: After a bland first quarter, the 2016 IPO market is picking up steam. And these five companies are set to be the biggest IPOs of the year…

And the third sector benefiting from marijuana is the healthcare sector. According to Leafly, marijuana use has been shown to relieve arthritis pain, which affects roughly 20% of U.S. adults. Healthcare companies are researching ways to create cannabis ointments and oils for treating arthritis-related joint pain.

Big Data could provide a massive boost to marijuana revenue over the next few years.

Demand for this crucial type of marketing research has caused explosive growth for Big Data. Research done by the Economist Intelligence Unit found 83% of surveyed organizations said consumer data is making their products more profitable. Data's important role in business growth is one reason why research firm IDC says the Big Data industry's valuation will reach $187 billion by 2019. That would be up from $125 billion in 2015.

Big Data firms have the tools to increase legal marijuana sales just like any other type of business. Their analytics can study everything from plant cultivation to consumer purchasing trends, which could help cannabis retailers and companies adjust their inventories to meet customer demand.

One company already catching on is Flowhub. This firm uses software that analyzes marijuana retailers' operations to ensure they comply with state laws. It boasts about 100 legal cannabis retailers across Colorado and Oregon as clients.

Stay tuned to Money Morning for continuing coverage of cannabis stocks and the marijuana industry. Later this summer, we'll be providing a list of the best marijuana stocks to buy – so check back soon.

Next Up: Get Rich Now by Investing in This Top Tech Trend