When America's "Too Big to Fail" banks released Q1 2016 earnings, I told you that all was not what it seemed, and that rosy-seeming earnings were actually a huge red flag.

Judging by the headline financial news these days, however, the big banks are back. They've almost all reported earnings beats this quarter, some by a good amount, and analysts are saying the hard row's been hoed and they've planted fresh seeds. And when you look at their stock prices, some of the TBTF banks look like downright bargains.

But price doesn't tell you anything. There's a lot more to look at with the big banks.

And if you look really closely, well, you won't believe what you really see…

Analysts Are In on the Game 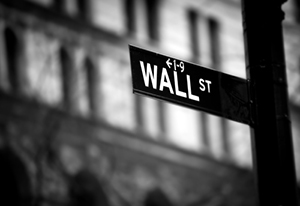 The big banks are looking better, but they're not exactly looking good.

Sure they're beating on their earnings, but that's not a big deal. In fact, it's a bad deal.

Banks are notorious for "working" the analyst community. How's that, you wonder?

Think about it. Where do Wall Street analysts that you see on TV mostly come from? The big banks. They know the game, they all play it. The truth is, they invented it. I'm talking about the earnings beat game.

All the analysts know each other. It's easy for them to let each other know that their own bank's earnings aren't going to be great. That causes other analysts to start ratcheting down their earnings estimates.

Then when earnings come out – BANG – they beat "consensus analysts' estimates."

Editor's Note: Earnings aren't the only thing big banks are fudging. These two central bank lies are propping up global markets – and it'll only take one trigger to unravel them and launch another financial crisis…

And their stocks usually enjoy a pop. It's such a lame game that you'd think the investing public would have caught on by now.

But they haven't – it just happened again.

If you want a clear view of banks' earnings, you can't look to the analysts because most of them are in the pocket of the TBTF banks. You have to look backwards.

Here's what you'll see if you look that way today…

JPMorgan Chase & Co. (NYSE: JPM) beat analysts' earnings and revenue estimates registering earnings per share (EPS) of $1.55, while estimates averaged $1.34. It beat consensus revenue estimates of $24.16 billion by registering revenue of $25.2 billion. So what, those are game numbers. Last year over the same period JPM EPS were $1.54, so that's not much of a real gain. Its revenue last year was $24.3 billion, which means its revenue gain was only 3.7%. For the biggest bank in America that's boasting how well it's doing, that doesn't move the needle.

Other banks are in the same boat.

Bank of America Corp. (NYSE: BAC), same thing. It beat EPS estimates of $0.33 by coming out with $0.36 per share. It beat analysts' revenue estimates of $20.414 billion by coming in with revenue of $20.6 billion. The truth? Compared to last year's second quarter, EPS were actually 20% lower and revenue was almost 8% lower.

Another reason EPS and revenue numbers are misleading in the big picture is that they can be grossly manipulated in ways the public and other analysts really could never understand.

Yes, I'm saying they all manipulate their numbers almost all of the time.

Come on, they're the banks, we know how they operate. Or have you forgotten?

To get the picture, I look at their stock charts. That tells me the real story. 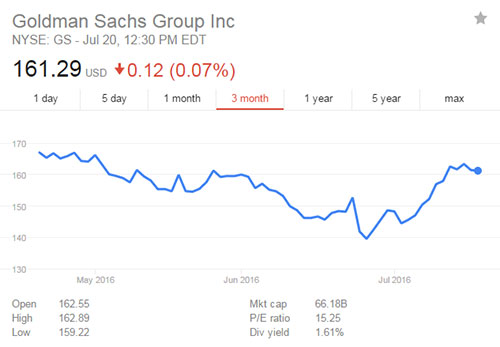 More importantly, in the bigger picture, it's gotten below its three-year support and broke down through the "neckline" of a head and shoulders pattern. I wouldn't touch it. Here's the five-year chart: 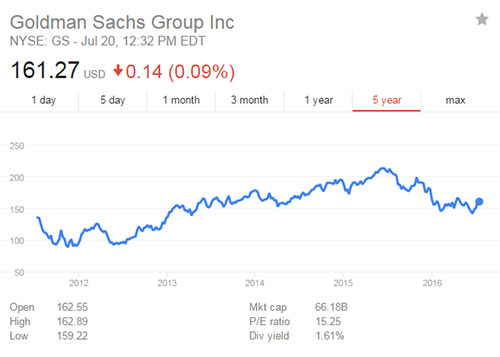 BAC looks awful. The stock has support at $15, crashed through that, and now can't get above that level. Even if it does, where's it going? To $18? Who cares? 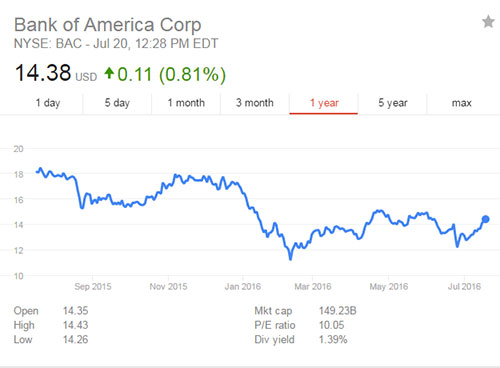 Except for Morgan Stanley (NYSE: MS), which is at least showing tiny signs of life, getting off the long sideways floor it's been staggering along on, the rest of the big banks look the same.

They can't get out of their own way – and even if they do, where are they going?

Digging past the headline numbers and into the various earnings reports is telling.

Short Alert: How to Profit from the Mother of All Black Swans

Banks are releasing loan-loss reserves to pump up their numbers. They've been cutting staff and lowering compensation expenses to make their numbers look better. But most of them are having worse years in 2016 than they did in 2015.

But because they passed the most recent stress tests and are buying back shares and talking about increasing dividends, investors think they're starting to look good.

Banks' net interest margins (NIM), a critical metric for them all, are still shrinking for the most part, not growing.

And the talk about how the Fed hiking rates will fatten their NIM, forget it.

If the Fed raises rates, and the jury's out on that move, there's no way banks can budge their net interest margins more than a couple of basis points, at most. That's because the cost of money for them will rise commensurately, if not faster, than what they can charge on loans. There's just too much money in the system and too much competition to lend to better borrowers.

There's no reason to own any of the banks unless you're in the mood to speculate, or you buy Wells Fargo & Co. (NYSE: WFC) for its dividend and are willing to add to your position there on dips, which isn't a bad idea.

But leave the rest alone. You've been warned.

Bank Profits on Gold Prices No Matter Where They Move: Metals like gold and silver are must-have investments for your portfolio. That's because they serve as "crisis insurance" from volatility in the broader market. But most investors don't know how to trade gold or get their hands on it. Here's your essential guide to investing in gold and silver…