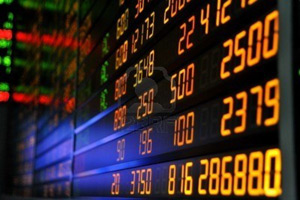 The markets got off to a rocky start after the European Central Bank said it will not slash interest rates this month. The ECB will keep its key rate at 0% and its savings deposit rate at -0.40%. That means that anyone with a savings account must pay banks money to store their cash in their vaults.

Meanwhile, the Bank of Japan isn't quite ready to throw the full kitchen sink at its ongoing liquidity trap. Japanese central bank governor Haruhiko Kuroda said that he's ruling out "helicopter money" to boost inflation and growth in the world's third-largest economy.

Urgent: You can give your portfolio a 326% performance advantage.

Today was a wild day on Wall Street, and investors might have missed several profit opportunities if they weren't paying attention. We'll get to them in a moment.

The Dow Jones dropped more than 77 points, while the Nasdaq shaved more than 16 points off after Intel Corp. (Nasdaq: INTC) reported weaker than expected earnings and fell more than 4% on the day. Markets also didn't care for the lack of stimulus from global central banks.

Oil prices were sliding on Thursday afternoon after reports of a significant build in gasoline inventory around the United States. The report comes just a day after the U.S. Energy Information Administration reported the ninth-straight weekly decline in crude inventories.

The Republican National Convention concludes on Thursday night with Donald Trump set to accept the nomination for president from the GOP. The party also nominated Indiana Gov. Mike Pence for vice president. But this latter nomination could be a problem for the GOP. In fact, Pence's nomination could help propel Democratic front-runner Hillary Clinton into the White House – here's what you need to know.