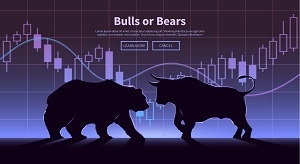 Dow Jones Industrial Average News, 7/21/2016: The Dow Jones has closed at record highs for seven-straight trading sessions, but today looks to be the day that the streak ends.

Trending Now: Should I Vote for the Libertarian Party?

The markets today face another busy day of earnings reports and economic data. But this morning, futures were retreating as the markets seemed upset that additional stimulus measures weren't set to push them to new highs.

While monetary policy is the big story before the bell, let's turn to a number of other key headlines and stories that slipped under the radar.

Most important, let's find you ways to trade this news and make a tidy profit. You can start with this insight from Money Morning Chief Investment Strategist Keith Fitz-Gerald on why it's better to "be long than wrong."

Dow Jones futures projected a 20-point decline after the European Central Bank announced that it will not cut interest rates. The ECB will keep its key rate at 0% and its savings deposit rate at (negative) -0.40%. That means that anyone with a savings account must pay the bank money to store it here.

Meanwhile, the Bank of Japan isn't quite ready to throw the full kitchen sink at its ongoing liquidity trap. Japanese central bank governor Haruhiko Kuroda said that he is ruling out "helicopter money" to boost inflation and growth in the world's third-largest economy. Money Morning Capital Wave Strategist Shah Gilani continues to argue that two central bank lies and misdirection could trigger a market crash.

Tesla Motors Inc. (Nasdaq: TSLA) slipped more than 1.4% despites news that its CEO Elon Musk has released his second draft of his company's manifesto. In an update to his 2006 vision for the future of his company, Musk dreams beyond electric vehicles. Musk predicts his company will develop buses, heavy trucks, solar-charging battery packs, and self-driving taxis. With the stock sliding, is this a buying opportunity?