Before we give you our take on Tesla Motors stock, here's everything investors need to know about CEO Elon Musk's new "Master Plan Part 2."

Musk's latest plan for Tesla Motors Inc. (Nasdaq: TSLA) can be broken down into four parts… 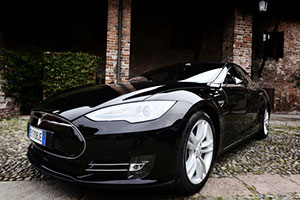 Solar: Musk's mission is to create stunning solar roofs that are seamlessly integrated with battery storage. This will turn homeowners into their own utility companies. Musk aims to then scale that throughout the world. "One ordering experience, one installation, one service contact, one phone app" is how Musk describes it. Musk explained this is why Tesla and SolarCity Corp. (Nasdaq: SCTY) have to work as one company. On June 21, Tesla offered to buy SCTY in a $2.8 billion deal.

Urgent: A Backdoor Way to Profit Now on a New $240 Billion Market

Vehicles: Musk plans to expand Tesla's vehicle product line to include heavy-duty trucks and larger passenger-density transport vehicles (buses). Both are in the early stages of development and are expected to be ready for unveiling next year. Musk believes the Tesla semi will reduce the cost of shipping while increasing safety.

Autonomy: As the technology evolves, all Tesla vehicles will be equipped with hardware necessary to be fully self-driving with fail-operational capability. In short, any given system in any Tesla car could break and the car would still drive itself safely. Musk noted the validation of the software for this would be time-consuming, however.

Sharing: When true self-driving is approved by regulators, Tesla owners will be able to summon their vehicles from nearly anywhere. Once a Tesla vehicle picks an owner up, they will be able to sleep, read, eat, or more on-route to their desired destination. Owners will also be able to add their car to the Tesla shared fleet by simply tapping a button on the Tesla phone app. This will allow owners to have their vehicle generate income while at work or on vacation. That said, Musk will significantly offset and at times potentially exceed the monthly loan or lease cost.

Musk debuted the first part of his "Master Plan" 10 years ago. In that time, the Tesla Motors stock price has soared more than 1,076%. Now in the final stages of completion, Musk's goals were to:

The solar power push was what moved Musk to acquire SolarCity.

But that move also caused quite a stir…

Musk is the chairman and largest shareholder in each firm. Musk owns 21.1% of Tesla and 22.2% of SolarCity. Yet Musk excused himself from voting on the proposed deal at the Tesla board meeting at which the deal was approved. Musk will also abstain from any vote on the SolarCity board.

The CEO also said it is an ideal time to combine the two companies. That's because Tesla is ramping up production of batteries used in conjunction with solar panels, SolarCity's chief business. Merging the two companies will improve Tesla's setup efficiency.

As Money Morning has maintained all along, it's best to have a long-term view when it comes to the Tesla Motors stock price…

Last month, long-term investor Ron Baron said that Tesla Motors stock could be one to own for the next decade or two.

"I think in this one investment we can make $6 or $7 billion" over that time period, Baron said in a CNBC interview. "I think this could be one of the largest companies in the United States and the whole world."

Baron has amassed a $300 million stake in Tesla over the last three years, with an average cost per share of $210. He acknowledged that the investment has returned little so far, but as a long-term investor he said it takes him a while to make money.

Baron believes the company will keep growing at a strong rate.

Money Morning also has an upbeat long-term outlook on the Tesla Motors stock price. But the sharp volatility in the day-to-day trading of TSLA shares means the stock is not suitable for short-term investors.

If you are, however, a long-term investor willing to take on some risk, Tesla Motors stock is a great long-term buy.