But all too often these days, readers are treated with contempt by the mainstream media who think it understands how the world should work despite abundant evidence that government policies are abject failures. This is particularly true in the economic realm where financial journalists praise central bankers for saving the world during the 2008 financial crisis without recognizing that their reckless easy money policies created the crisis in the first place and persisted long after the crisis passed.

Profit Opportunity: How to Play Deutsche Bank's Long Fall for a 343% Gain

It is extremely frustrating to see financial journalists, who with few exceptions never managed money themselves and are therefore unqualified to give investment advice to others, pontificate on markets that they do not understand. Their advice is leading too many people to make bad decisions that are going to cost them their savings and their sanity before the current cycle is done. 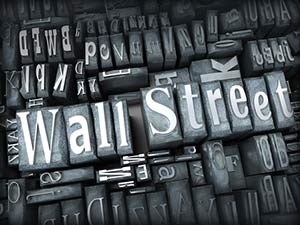 One of the journalists working overtime to provide terrible advice is The Wall Street Journal's Jason Zweig. Mr. Zweig writes a column with the title "The Intelligent Investor" yet demonstrates an ignorance of investment fundamentals and a disdain for investors that is alarming. I don't make that criticism lightly; I've successfully managed billions of dollars over the last three decades for some of the largest institutions and toughest SOBs in the world. I've been dressed down by the best when I made mistakes, but I've stood up to the test more times than I can count. So forgive me if I don't suffer fools easily, especially those that talk down to others when they demonstrate that they have no idea what they are talking about. I'm sick and tired listening to the nonsense being foisted on the investing public by the mainstream financial press. Almost every word Mr. Zweig writes is wrong. There may be better ways of losing money than listening to him, but I am currently unaware of any.

This Columnist Has Absolutely No Idea How Bonds Work

Mr. Zweig has been working overtime to dish out some of the worst investment advice I've seen in my more than 30 years in the securities business. A year ago he called gold a "pet rock" and warned investors against investing in it; since then, gold has risen by 17.8% while gold mining shares have skyrocketed by 133%. Mr. Zweig was feeling very proud of himself when he was effectively calling those of us who understand why gold should be part of everyone's portfolio (who includes not only me but investment giants Ray Dalio, Paul Singer, and others) idiots and typed the words "p-e-t r-o-c-k" into his little computer, but what he was really doing was demonstrating his abject ignorance of monetary policy and how the world works. Gold is not rising because it has any inherent value; it is rising because it is the anti-fiat currency and acts as a psychological hedge against the risk of both inflation and deflation. I anticipate that it will reach $4,000 or $5,000 over the next decade or two, so it's important to get in now. [Editor's Note: You can get Michael's detailed gold recommendations – dealers, miners, and exchange-traded funds (ETFs) – here.]

He followed that bad call, however, with an even worse one last weekend that also exhibited a stunning ignorance of monetary policy and basic economics. In a column entitled "Bonds Aren't as Awful as Some May Believe," Mr. Zweig made the case that bonds currently returning nothing are a good investment.

As anyone with a functioning cerebellum understands, bonds are actually worse than they seem. Mr. Zweig argued that what he incorrectly calculates as today's 50 basis point real (i.e., inflation-adjusted) return on a 10-year Treasury bond is attractive because it is higher than the negative real return on the same bond in 2011. Unfortunately, his numbers are wrong. He is accepting at face value bogus government inflation figures that grossly understate the actual rate of inflation, which is not 1% but much higher.

In fact, the real (i.e., inflation-adjusted) return on 10-year Treasuries has been negative [and not slightly negative but sharply negative, i.e., in the negative mid-single digits at least] since the financial crisis). He writes, "don't let anybody tell you the return on bonds is so much lower than in the past that they aren't worth owning at all anymore." Well, I am telling you exactly that – 10-year Treasury bonds are certificates of confiscation and only a fool would lend money to the U.S. government for 10 years to earn a nominal return of 1.5% and a negative real return. Mr. Zweig is that fool.

Instead of bonds, I recommend that investors store their money in my favorite liquid, virtually risk-free security – one- to three-month Treasury bills. You can get all the details here.

Mr. Zweig's bad advice is, unfortunately, not an isolated incident of what passes for consensus thinking in the mainstream financial press. Turn on CNBC or Bloomberg Television or read the news section of The Wall Street Journal or The New York Times on any given day and you will be provided with a road map on how to lose money. Believe me, I will get a lot of grief for writing a column like this since it's not polite to criticize other financial writers who are just trying to make a living. But if somebody doesn't tell you the truth, you are going to get your clocks cleaned and your bank accounts emptied out. I couldn't live with myself if I kept my mouth shut.

Fortunately there is a small handful of sources that are worth reading. They have real-world financial experience and are independent and incentivized to give their readers a clear picture of the world and the opportunities and dangers that are forming. Sure Money is one, as I hope you've already found. I also recommend groups like Money Map Press (my publisher), Real Vision TV, Zero Hedge, Credit Risk Monitor, and people like Doug Kass, David Rosenberg, Mark Yusko, and John Mauldin.

Thanks mucho Michael for the unvarnished truth about Mr. Zweig's advice and all the other talking heads on TV with their happy talk. Reminds me of all the blue-sky advice given out prior to the 2008 meltdown. It's a P.C. world and everyone is supposed to be nicey-nice. As an ex-Marine and retired "old school" international sales mgr. over 35 successful years, I've learned that being clear, concise and to the point, while being civil, is the best medicine for success. It's very important to call a spade a shovel when needed. America needs more of your to the point… Read more »