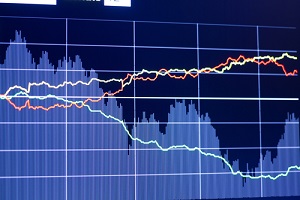 Friday's trading session is expected to bring back an old friend into the daytime discussion: the U.S. Federal Reserve.

The Fed will meet next week to discuss monetary policy, and we'll await the next reason why the central bank won't raise interest rates. But the Fed being unable to raise rates is just one of the reasons we could still see a stock market crash in July.

Yesterday, markets fell more than 79 points after the global markets were refused another round of stimulus from the European Central Bank and the Bank of Japan.

Dow Jones futures projected a 24-point gain Friday as investors await a critical update to the PMI Manufacturing Index (PMI) and another round of earnings.

The U.S. Federal Reserve is back in focus as the FOMC Conference kicks off next week. Policymakers will meet to discuss the timing of the next interest rate increase. Although the Fed has said it wants at least two more hikes by the end of 2016, it's becoming clear that won't happen. Even investment bank Morgan Stanley (NYSE: MS) says we shouldn't expect a rate hike. In fact, MS believes that rates will remain unchanged until 2018. That could have serious consequences if you have a checking or savings account. Here's how to protect your money and your portfolio from the Fed's sluggish action on interest rates.

The Republican National Convention ended last night in Cleveland, Ohio. Donald Trump formally accepted the nomination. In what has been called a "dark speech," Trump painted a picture of lawlessness around the nation, and argued that the legacy of Hillary Clinton is "death, destruction, terrorism, and weakness." There's no doubt that Trump is controversial, but there's a big problem with his presidency most people are overlooking. You see, global economies need dramatic structural reforms to improve long-term health and promote growth. The problem is that many leaders of G20 countries will spend more time complaining about Trump than actually fixing their economies.

Elon Musk has released his latest plan for Tesla Motors Inc. (Nasdaq: TSLA). Markets are calling this investor report Musk's "Master Plan Part 2." The plan breaks down four major themes for the company's future: solar, vehicles, autonomy, and sharing. It's a major statement for the company, and it's a great long-term buy for investors willing to take the risk. Here's all you need to know about TSLA stock.

Oil prices were up slightly, despite news that traders are expecting an increased global glut. According to reports, Iraq is expected to increase supply and exports in July. WTI crude oil prices added 0.4%, while Brent crude oil prices gained 0.5%.