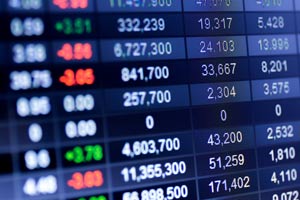 The Dow Jones Industrial Average slumped today as a downturn in oil prices rattled energy stocks and fueled a sell-off in the sector.

As investors await this week's meeting of the U.S. Federal Reserve, today's session was a steep reversal of the 9% rally that markets have seen in the last month. It was another tough day for Apple Inc. (Nasdaq: AAPL), despite news that the company is expected to sell its one billionth iPhone this week. AAPL stock slipped more than 1.4%, pulling down the Nasdaq, after investment firm BCG downgraded the stock to a "Sell" ahead of tomorrow's earnings report.

Don't Miss: The main problem with our do-nothing Congress isn't what you think. Here's the shocking truth about what lawmakers really do all day…

A lot more happened on Monday than the headlines suggest. That includes a number of different profit opportunities and stocks to consider. Before we get to those stories, check out the results for the Dow Jones, S&P 500, and Nasdaq:

The Dow Jones shed 77 points on Monday, kicking off what could be a rocky week in the markets. The sharp downturn in energy prices pushed oil stocks lower. Shares of Chevron Corp. (NYSE: CVX) dipped 2.4%, while Exxon Mobil Corp. (NYSE: XOM) dropped more than 1.8%.

Today's downturn is somewhat surprising, as many analysts anticipated that the markets would take a day off ahead of this week's meeting by the Fed Open Market Committee. Tomorrow, the Fed kicks off its two-day monetary policy meeting. That said, the markets do not anticipate any rate hike. CME Group projects just a 2.4% chance that the company will raise rates in July. CME projects a 40% probability that the Fed will increase rates in December. If the Fed actually does raise interest rates in 2016, though, this is the best stock to buy.

WTI crude prices were off 2.5%, while Brent crude prices dipped 2%. These were the lowest trading levels since April 25. The decline came after market intelligence firm Genscape projected an increase of 1.1 million barrels at the largest U.S. delivery base in Cushing, Oklahoma. Meanwhile, Baker Hughes Inc. (NYSE: BHI) announced on Friday that the United States has added rigs for four consecutive weeks.

Things are going from bad to worse in Philadelphia, where Democrats are kicking off their national convention to nominate Hillary Clinton as the party's presidential candidate. In the last few days, WikiLeaks have released damning emails from the Democratic National Committee that prove collusion to ensure Clinton won the nomination. Several key emails from party leaders show sharp favoritism toward Clinton, which has riled up supporters of Sen. Bernie Sanders (D-VT). The fallout has been remarkable. First, DNC chair Debbie Wasserman Schultz was booed this morning during a meeting of her state's delegation. She has been pulled from tonight's opening statements and will resign from party leadership. Second, statistician Nate Silver now predicts that Republican nominee Donald Trump now has a 57% chance of winning the presidency.

What could top the ongoing mess at the the Democratic National Convention? The massive deal between Verizon Communications Inc. (NYSE: VZ) and Yahoo! Inc. (Nasdaq: YHOO). Verizon will pay $4.83 billion for the core Internet business of the iconic digital company, while Marissa Mayer says she plans to stay with the remaining firm. The deal does not include the tech giant's stake in Alibaba Group Holdings Ltd. (NYSE: BABA) or Yahoo Japan. The two latter units combined have a market value of roughly $40 billion. Shares of YHOO stock actually fell 2.5 % on the day. The big question now is what's next for the Yahoo stock price in 2016. We answer it right here.