Well, it “only” took seven years of financial repression and zero-interest-rate policies to make the wheels fall off the wagon and make the deleterious effects obvious to everyone – even policymakers.

Savers were among the first to catch on that they were being mercilessly, unfairly punished every day through their nonperforming “savings” accounts.

Bondholders, too, have noticed how their investments have become “certificates of confiscation,” as trillions of dollars’ worth of sovereign debt is trading at negative yields.

Those of us who will rely on pensions to help our retirements have perhaps been treated worst of all. Anyone who wants to retire faces bigger and scarier challenges each day, while funds are raided, slashed, and bleeding out value. 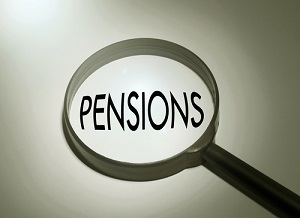 Accusing fingers are now (rightly) pointed at central banks and world political leaders. But knowing who’s to blame for your plight and doing something about it are two different things.

That’s what I’m going to show you how to do today – how to do something about the comfortable retirement you deserve that’s been put at risk by the central bankers and politicians.

Think of this as the “Plan B” you need…

Workers, Savers, and Investors Are Getting Crushed

There’s simply no mathematical possibility anymore that most pension plans will ever meet their obligations.

It’s really not complicated. Most pension funds count on 8% average annual returns, but the average manager produced a paltry 0.3% in 2015. Meanwhile, they pay out way more in benefits than they take in.

Recently, one of the largest private pension funds took drastic measures. The Central States Pension Fund, running almost $18 billion for 400,000 workers across almost 40 states, said it would chop benefits by as much as 61%.

Central States said without those cuts, the plan would become insolvent in less than a year.

Since December, several other plans have also said they’d need to slash benefits to survive.

Not all, but some plans are taking on more risk, playing a dangerous game with people’s futures. They’re boosting allocations to real estate, private equity, and alternative strategies, like hedge funds – we’ve seen how well they’ve done lately.

It also has them reaching ever deeper into equities, with less than stellar results.

Yet that hasn’t stopped them from trying…

Like retail investors, pension funds have had their expectations skewed by reinflated stock and housing bubbles.

Every time these crashed, the Fed and other central banks would ride to the rescue by lowering rates and/or expand the money supply.

According to Morgan Stanley’s (NYSE: MS) Yohei Iwao, GPIF has lost almost $200 billion in just its last two quarters, thanks to a challenged stock market. And yet Bloomberg reported that thanks to those losses, GPIF will now need to “double down” and add to its equities exposure in order to maintain required weightings through rebalancing.

The Wall Street Journal recently reported that CalPERS posted its lowest annual return since the financial crisis. The culprit? You guessed it: stocks.

Heavy losses in equities meant the fund’s returns were just 0.6% for its fiscal year ended June 30. That’s a really long way from the fund’s target of 7.5%. Last fiscal year, the fund produced just 2.4%.

So you can see, there’s no real hope of these funds – or their clients – ever really catching up under these circumstances.

That’s why I recommend taking the bull by the horns and getting the broadest possible exposure to investments – hard assets – that are being propelled into the stratosphere by the very same forces that are bleeding pension funds and savings accounts dry.

And you can do precisely that with these must-have shares. 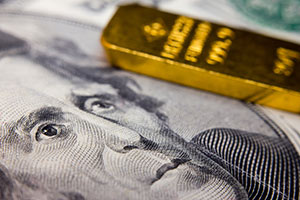 Fully 62.9% of the fund is allocated to the on-fire metals and mining sector; it’s exposed to some of the fastest gainers in the market right now.

The remaining 26% is allocated to the energy and energy services sector.

By using a covered call strategy, the fund managers generate income – and lots of it – that is distributed to unitholders.

I expect the $0.07 monthly payout to continue, and perhaps even rise. But the yield itself is likely to fall as the unit price climbs. The gold and silver miners, along with royalty companies, should keep climbing as inflation inevitably returns and the precious metals bull regains its footing.

This trust deserves a spot in virtually any portfolio, but it has to be in your retirement plans.

But that’s especially true if you’re one of those concerned about the health of your pension. Then GGN will likely be a crucial part of your very own “Plan B.”

Up Next: America’s “Frontrunners” Can Help Boost Stocks in as Little as 30 Days

An elite group of 7,524 millionaires and billionaires are piling their money into some of the smallest stocks on the market. They’ve recently seen prices jump by as much as 300%, 1,135%, and 1,400% in just six months. And now you can invest in the same companies they do and potentially watch as the prices continue to climb up. Click here for the full story.

great article on GGN. I am 55 and most of my portfolio is dividend stock. I feel cautious about their 5 year steady stock price drop. It does not follow oil or gold. Is their option strategy flawed? They say they are only leveraged 10%, so why the sick chart? … Tom .

I AM SO LOOKING FORWARD TO THIS AS I HAVE LOST SO MUCH MONEY IN THE STOCK MARKET. THANK YOU.