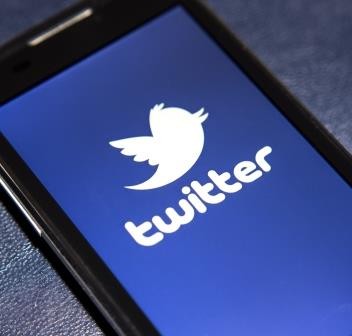 We'll get to our long-term outlook for Twitter Inc. (NYSE: TWTR) stock in a bit, but first, here's everything you need to know about Twitter's Q2 earnings.

FactSet has a consensus earnings per share (EPS) estimate of $0.09 on $607 million in revenue. In the same period last year, Twitter reported $0.07 on $502 million in revenue. If Twitter meets expectations, EPS would have increased by 28% and revenue by 20% year over year. 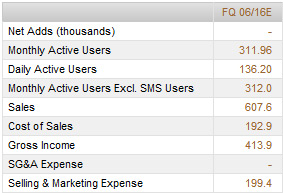 But the single most important number Twitter reports will be monthly active users (MAUs).

Wall Street places heavy emphasis on growing MAU numbers because that's how Twitter can increase its revenue. The more users Twitter has, the more money advertisers will want to spend on it.

FactSet only expects Twitter to report 311 million MAUs for Q2. That would be a gain of just 0.3%.

In an attempt to attract more users, Dorsey has focused his energy on live video. He has created partnerships with:

But is this enough to help the Twitter stock price climb in 2016? Here's what you need to know before adding TWTR to your portfolio…

Here's How to Play Twitter Stock After Q2 2016 Earnings

In a shareholder letter to investors in Q4 2015, Dorsey said Twitter would focus on its core strengths: building live connections between users, creating live conversations, and showcasing live commentary.

So far, Dorsey has stuck to his word.

And what could hurt Twitter's plans further is Facebook stealing Twitter's most popular video stars. According to Fortune, Facebook is paying Vine (a video service owned by Twitter) star John Paul Piques $119,000 to post at least five videos on Facebook Live. Essentially, Facebook is luring Vine's biggest stars away from Twitter's platform.

FactSet has a one-year price target of $18.08 for the TWTR stock price. From today's opening price of $18.43, Twitter stock is already trading 1.9% higher than its one-year projection.

Twitter has also drastically underperformed the broader markets this year, falling 20.82% so far in 2016. The S&P 500 is up 5.83%, and the Dow Jones Industrial Average is up 5.96% during that same time. For all of these reasons, we recommend avoiding Twitter stock in 2016.

The Bottom Line: The Twitter stock price has been volatile over the last 12 months, and that won't change after the Q2 2016 earnings report is released. Revenue is expected to climb, but monthly active user growth is expected to be almost nonexistent for Q2. That casts serious doubt on the long-term profitability of TWTR. There are better investments to be made in the social media sector than Twitter…