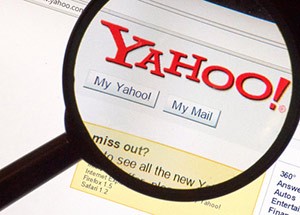 But what YHOO shareholders may not know is Yahoo! Inc. (Nasdaq: YHOO) once had a $44 billion buyout offer. In fact, this offer could have netted Yahoo shareholders gains up to 82%.

But before we get to this insane missed opportunity, here's what you need to know about the value of Yahoo stock following the Verizon acquisition…

Verizon will acquire Yahoo's advertising, content, search, mobile activities, and some real estate. The sale will not include Yahoo's stake in Alibaba Group Holding Ltd. (NYSE: BABA) or its stake in Yahoo Japan.

Yahoo will also keep its patents.

When the acquisition is finalized, CEO Marissa Mayer's company will change its name. It will also become a new publicly traded company.

At this time, it's still difficult to determine the value of Yahoo stock before the deal finalizes.

Yahoo can't sell its shares in BABA or Yahoo Japan outright, though, without incurring huge taxes. The company was denied a tax-free spinoff plan in September 2015 by the IRS.

But there are estimates as to how much Yahoo shares could be worth when the deal finalizes.

In April, Barron's estimated Yahoo's overall value would make it worth $43 per share. FactSet Estimates has a similar target price at $42.50 per share.

From today's opening price of $38.66, that's a potential profit of 9% to 11%. But keep in mind most analysts have changed their rating of Yahoo stock from "Buy" or "Overweight" to "Hold" over the last three months.

Ultimately, the buyout from Verizon was one of the few options Yahoo had left to keep shareholders happy. But Yahoo could have accepted a better offer in 2008 that could have netted YHOO stock owners 82% profits…

In February 2008, Microsoft Corp. (Nasdaq: MSFT) made an unsolicited bid to Yahoo for $44.6 billion in cash and stock.

According to TechCrunch, Microsoft's offer was worth $31 per share.

It's true that Yahoo stock is trading 19% higher than that today. But Yahoo shareholders may have missed out on 82% profits because the deal didn't happen.

You see, shareholders may have received MSFT stock if Microsoft had purchased Yahoo. Or, if YHOO shareholders just received cash and still liked Yahoo, they could have invested in Microsoft stock.

Unfortunately for YHOO shareholders, this is an opportunity they will never get back.

After the Microsoft debacle, Money Morning Executive Editor Bill Patalon has implored Yahoo over the last two years to utilize his "Harvest Strategy."

"The goal of the 'harvest' approach is to return as much money as possible to shareholders," Patalon told me. "And what I said was 'selling the company would obviously be optimal – and the sooner the better.' I'm glad to see that Yahoo has finally adopted this approach. But it could've done this a lot sooner."

Now shareholders are stuck with the limited value Yahoo can squeeze from its current assets.

The Bottom Line: The Yahoo stock price still could net a potential profit of 9% to 11% from where it's trading right now. But if Yahoo had accepted Microsoft's $44 billion offer in 2008, YHOO shareholders would have been much better off. From receiving shares of Microsoft or investing in MSFT stock with the buyout money, YHOO shareholders could have netted profits as high as 82%.