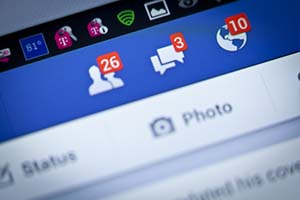 She is the President of the Kansas City Federal Reserve Bank. She is also the only member of the Fed Open Market Committee to vote for an interest rate hike this week.

What does she know that the rest of the central bank doesn't about the health of the U.S. economy?

Yesterday, the central bank decided to keep interest rates at current levels, but it teased the possibility of an interest rate hike in September. The markets largely don't anticipate a rate hike despite the Fed's intentions.

According to CME FedWatch, there is a just an 18% probability of a rate hike that month.

One can anticipate a lot of chatter today about the Federal Reserve today. But too much focus could lead you to miss a number of different profit opportunities.

We're going to introduce a few of them, right now.

In earnings news, it's a bad morning for owners of Ford Motor Co. (NYSE: F). Shares of F stock are off roughly 6% after the automotive giant badly missed Wall Street earnings expectations. Weak North American sales were countered by strength in Europe, the Asia Pacific, South America, the Middle East, and Africa.

Investors are waiting for a critical earnings report from Amazon.com Inc. (Nasdaq: AMZN). The online e-commerce giant is looking to maintain momentum as it trades near $738 per share. The Amazon stock price has retreated 2.1% from its all-time high of $753.78 reached on July 11. If the company misses earnings estimates today, investors could panic and sell off their shares. Here's everything you need to know about AMZN before earnings.

On the political front, day three of the Democratic National Convention wrapped up last night. President Barack Obama offered a spirited speech in support of the Democratic nominee Hillary Clinton. But the star of the show is former New York Mayor Michael Bloomberg. In a prime-time speech, Bloomberg called Republican nominee Donald Trump both risky and reckless. His trending quote that attracted the most attention: "I'm a New Yorker, and I know a con when I see one."