[Japan] - Most investors don't give a second thought about protecting their personal financial data. But they should for one simple reason - it can be used against you. 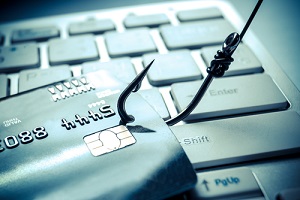 Grabbing your purse, your wallet, or even your smartphone is secondary to getting the data on it when it comes to criminal activity.

Today I'm going to give you five simple things you can do to protect yourself, your family, and your money when you're on the road. And, as usual, I've also got a recommendation that can help you profit even as you do so.

I'm writing to you from our home in Kyoto, where I'm enjoying some much-needed down time with my family. The weather is hot and humid, the sights are fabulous, and the food is simply tremendous.

As usual, though, my mind is working overtime when it comes to one of the most profitable of all Unstoppable Trends we follow: War, Terrorism, and Ugliness.

I'm struck as I watch the TV tonight by just how many threats exist around the world - political instability, economic decline and, unfortunately, terrorism in places like Nice, Normandy, Brussels, and Miami that we previously considered safe. What I'd give to return to the days when nothing was more serious than an occasional pickpocket or a lost wallet to worry about.

Don’t Miss: Stocks that pay dividends deliver triple the returns of nonpayers. And these “dividend kings” have boosted payouts 50 years in a row...

But that's wishful thinking on my part.

You see, the really valuable data to a criminal these days isn't part of the massive data breaches that we've all read about at retailers, social media, and healthcare companies like Target, LinkedIn, and Anthem. That's what most people think about when they envision cybercrime.

Rather, it's the personal information you carry with you because of what it reveals about you when you're traveling that's really dangerous.

People think it'll never happen to them, but kidnapping, ransom, and extortion are increasing to the tune of 50% or more a year as the world's geopolitical situation destabilizes. Simple theft is rising dramatically.

What's more, it's happening in areas that most investors aren't thinking about - including Asia, Europe, and the Americas - areas we previously regarded as safe, and places where we're likely to let our guard down.

Criminals count on this false sense of security when you're traveling, just the way Wall Street's traders count on your complacency. They know you're preoccupied with seeing the sights or simply finding your way around a strange city.

You may think you're safe in your hotel, but your data almost guarantees you and your money are not - especially if you're in an area of the world where there are sophisticated foreign intelligence services or security.

These days you have to assume that your information will be compromised - often times in ways you least expect. ATMs, for example, are especially vulnerable in Europe.

Just last month, security professional Benjamin Tedesco spotted a credit card skimmer on an ATM directly outside St. Stephen's Cathedral in Vienna's Stefansplatz, an area I've visited frequently over the years. The video he posted of himself ripping off the dodgy device made international headlines and has been viewed more than 100,000 times on Youtube.

Hotel security varies widely. It is not uncommon in certain parts of the world for maids, hotel staff, or even tour guides to act as inside help, then sell what information they have to the highest bidder, which is why you don't want to leave anything important lying around in your room.

The Street Value of Your Identity

Most of the time whatever's stolen is going to be by a lower-level criminal who just wants to pass it to the dark net for a fee. According to CNBC citing data from Avast, credit cards without a balance guarantee are worth about $8 a card. Social Security numbers go for $1.25. A driver's license scan, though, is worth about $20.

What you don't want is for it to go to a professional. That's because pros are interested in using your information far more nefariously. They're hunting for access to secure accounts, entertainment applications, and file-transfer services.

To give you an idea, a Western Union account that you may use to wire funds is worth about $6, while credit card credentials are worth anywhere from $15 to $30 per. A CDC.gov account, though, jumps to $340, with the big daddy of them all, a U.S. Postal Service account, reaching $680 - again, according to CNBC and Avast.

Professionals are so dangerous because they use access to launch so-called secondary attacks on your money, or on you personally. It's not uncommon, for example, for cyber criminals to work closely with street-level gangs to seek out high-value targets and hold them until bank accounts are drained or a ransom is paid.

This Penny Stock Could Double - and Save a Dying Industry… It's not easy to find a truly compelling penny stock, which is why this one is so remarkable. Not only is this stock capable of a 100% gain, but the company is rolling out technology that could rescue the U.S. coal industry. This success story is just getting started, and now’s the perfect time to buy...

Years ago I was in London on a business trip and found myself with a few hours to kill on a Saturday afternoon. So I moseyed over to the Tower of London with a few thousand of my closest friends to enjoy the afternoon. I purchased a quick pint and a sandwich from one of the hawkers on the way using my credit card, not thinking twice about it.

Ninety minutes later, my wife, Noriko, called wondering why we'd made a rather large charity donation to a British organization she'd never heard of and was I enjoying the cigars I'd picked up? (I don't smoke.)

Thankfully, our credit card companies were on the ball, so they'd called her within minutes and we were able to put the kibosh on further "donations," not to mention the smoking habit I didn't have.

Still, the damage was done.

Five Ways to Protect Your Data, One Way to Profit

To this day, I do everything I can to make myself and my money a much harder target every time I travel as a result.

Am I being paranoid?

Most of the data you carry with you has to transmit to the "cloud" - meaning it's Internet-based computing - to work. Something as simple as sending an email, for example, requires identifying who you are, screening contents, storage, and transmission. Include a few links and you're talking about a very complicated proposition. 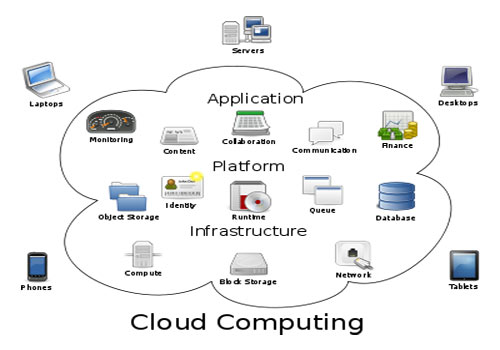 And that's your entry.

Worldwide spending on public cloud services is expected to grow by more than 19.4% a year to more than $141 billion annually within the next three years. But the cost of protecting that data may hit $1 trillion.

The company designs and delivers cloud-enabled solutions that give customers the ability to address security threats, improve network performance, and protect and store their data. Its security solutions are designed to protect and optimize a customer's IT infrastructures, including email servers, web applications, data centers, and core networks.

The company sells its appliances, services, and software products to pretty much everybody you'd do business with from education, government, financial services, healthcare, professional services, and telecommunications, to the retail and manufacturing industries.

Since its inception in 2003, CUDA has sold its solutions to more than 150,000 customers located in more than 100 countries.

The company recently reported fiscal Q1 2017 billings and revenue of $98 million and $87 million, which represent year-over-year increases of 4% and 11%, respectively.

Most importantly, though, the company has experienced 42 upward EPS revisions in the last 30 days, which tells me that analysts are waking up to the potential.

We, on the other hand, are ahead of it.

Editor's Note: War, Terrorism, Ugliness is just one of the six Unstoppable Trends that Keith follows in his search for opportunities for his readers. In fact, the trends just led to another lucrative play positioned at the center of this year's presidential election and has the potential for 420% gains by the time the ballots are counted. To get the complete report, ticker symbol, and all of the future plays Keith uncovers, just subscribe to Total Wealth here. It's completely free!