For the past few months, we've been following several disruptors in the financial technology (or fintech) space – because each will have a drastic impact on your money in the very near future.

Cryptocurrencies like Ethereum and Bitcoin represent one such disruptor – they have the power to completely revolutionize money as we know it.

Don't Miss: How to Buy Bitcoins (Before the Market Takes Off)

But that's going to have to wait. Because we still have to tackle the very fundamental question of what a cryptocurrency is before it can get to work as a true disruptor.

Well, a ruling in a closely watched trial in the Miami-Dade Circuit Court could have broad implications for Bitcoin and other cryptocurrencies – as well as your money – moving forward.

Bitcoin Is Property, Not Money 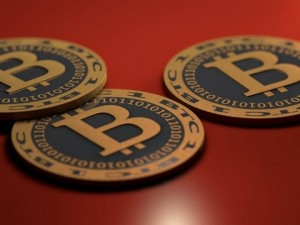 Judge Pooler's written ruling elaborated on the status of Bitcoin, which featured prominently in the case, saying, "This court is not an expert in economics, however, it is very clear, even to someone with limited knowledge in the area, that Bitcoin has a long way to go before it is equivalent of money."

While the status of what Bitcoin is or isn't wasn't the sole reason for her dismissal of all charges. Pooler stated, "This court is unwilling to punish a man for selling his property to another," essentially establishing precedent that Bitcoin is property, not money.

The Devil in the Details

Criminal charges against the defendant in this case, Michell Espinoza, resulted from a sting operation where a Miami detective got Espinoza to sell him bitcoins worth up to $1,500 and subsequently arranged for the purchase of another $30,000 worth of bitcoins which the undercover detective said would be used in an illegal credit card scam.

Charges of unlicensed money transmission were thrown out, not because of the use of Bitcoin, but because Judge Pooler determined Espinoza wasn't acting as a third-party money transmitter.

Judge Pooler specifically said, "The defendant did not receive currency for the purpose of transmitting same to a third party," adding, Espinoza did not engage in the same type of transaction as a company like Western Union, which Pooler referenced, "takes money from person A, and at the direction of person A, transmits it to person B or entity B."

Trending: The Internet of Things revolution will create a $6 trillion market – and these five stocks are the best way to grab a piece of those gains for yourself.

Additionally, Pooler pointed out that Espinoza didn't charge a fee for the exchange of his bitcoins for cash. He made a 15% profit by marking up the charge for his bitcoins above the price he had paid for them.

The precedent-setting comment by Judge Pooler that "the defendant solely made a profit by selling his personal property" was the case's defining moment.

As far as money laundering charges, according to an American Banker article yesterday, Pooler said, "Espinoza had not participated in laundering funds that had been obtained illegally, because in the detective's representation the purchase of credit card information had not taken place yet."

Pooler's ruling stated, "This court is unwilling to punish a man for selling his property to another, when his actions fall under a statute that is so vaguely written that even legal professionals have difficulty finding a singular meaning."

A Victory for Bitcoin Advocates?

The Court's decision is being hailed by Bitcoin advocates as a monumental victory.

For now the Court's ruling appears to set the precedent that bitcoins are property.

But that legal definition will be challenged, most likely in an appellate court ruling if the Espinoza case is pursued by prosecutors.

There's too much at stake for the government, banks, regulators, and the legal system to let Bitcoin and other cryptocurrencies be simply "property."

This is going to get very interesting. Stay tuned.

Up Next: Why Trump's Treasury Wouldn't Resurrect Glass-Steagall