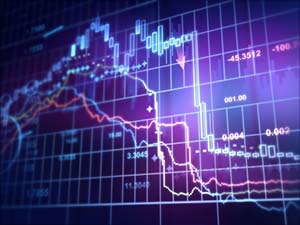 It's bad news for the Obama administration, which hasn't seen an annual growth rate above 3% for the duration of his presidency. It's also another sign that the Federal Reserve isn't going to raise interest rates any time soon.

On Wednesday, the Fed said that it could raise rates again in September. But we're not buying it and neither is Wall Street. With the Fed and this weak GDP report the focus of today's media, it might all seem "doom and gloom."

But cheer up. A number of positive earnings reports in the technology sector are pushing the Nasdaq in a positive direction. And we've uncovered several profit opportunities that you might have missed.

It was a mixed day for the markets. Tech stocks rallied thanks to the mega growth of FANG stocks, but the Dow Jones still slipped 24 points. That didn't stop the S&P 500 from entering record territory again on Friday.

Shares of health insurance giant Cigna Inc. (NYSE: CI) fell nearly 5% after the firm reported weaker than expected quarterly earnings. But the big story with Cigna today was the market blackmail from another insurance giant. We all know that the big insurance companies got rich when they helped enforce a mandate that all Americans must buy health insurance under the comically named Affordable Care Act. But the U.S. Justice Department has sued to stop a wave of mergers that the companies need to reduce costs and streamline operations. Well, today, Anthem Inc. (NYSE: ANTM) said it would expand its Obamacare services into nine states, but there's a catch. The firm will only do it if the U.S. government approves its merger with Cigna.

This morning, the Bank of Japan announced just a modest boost in monetary stimulus. The BOJ did not cut interest rates deeper into already negative territory. The markets were largely expecting what bordered on helicopter money. Instead, they'll just have to settle for hundreds of billions in stimulus.