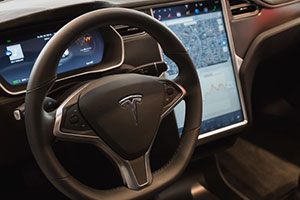 The move is part of Elon Musk's master plan to revolutionize the energy industry. And while many analysts are skeptical about Musk combining two of his companies, Money Morning experts view the move as a major catalyst.

More on our TSLA stock price outlook in a bit. First, here's the biggest news that investors need to know today…

The timing of the SolarCity acquisition is perfect.

The car company is ramping up production of batteries used in conjunction with solar panels. Of course, solar panels are SolarCity's chief business. Merging the two companies will improve Tesla's setup efficiency. Musk is also aiming to provide a "one-stop" shop for energy-conscious consumers.

Under terms of the all-stock deal, SolarCity stockholders will receive 0.11 shares of Tesla for each SolarCity share. Based on Friday's closing price, that values each SCTY share at $25.83 apiece. That's lower than the range of $26.50 to $28.50 Tesla proposed in June when it first announced intentions to buy the sputtering solar company. SCTY shares fell 4.53% to $25.50 in mid-morning trading Monday.

Musk, chairman and largest shareholder in each firm, said he wasn't involved in talks about the valuation of the purchase.

The deal will double Tesla's workforce to nearly 30,000 employees to create an exclusive combination of solar, storage, and transportation. It is still awaiting shareholder approval, but Musk is confident it will be approved.

The transaction is expected to close in Q4 2016 after a 45-day "go-shop" period where SCTY would be open to alternative purchase proposals.

Musk unveiled his latest plans to expand Tesla's reach in late July when he unveiled his Master Plan Part 2. While many analysts have criticized the merger, our experts view it as a major catalyst for the TSLA stock price.

According to Money Morning experts, Tesla stock is one of the best long-term investments on the market. But it's not for everyone. The TSLA stock price is notoriously volatile, so it's best for long-term investors willing to take on some risk for five to 10 years.

Without question, Musk's unparalleled vision and ability to create innovative products has propelled Tesla to the forefront of the electric vehicle market. Still, many investors buy shares because of Musk himself.

Today, Fitz-Gerald reiterated that optimism, since what Musk's doing is "shaking up Detroit and rewriting the automobile industry whether executives are ready or not."