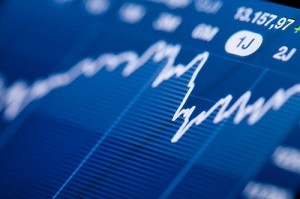 The Dow Jones Industrial Average today (Tuesday) declined for the seventh straight session. Investors weighed news that central banks around the globe are ready to turn on the stimulus tap again.

Japan's government cabinet announced it would inject another 28 trillion yen ($275 billion) into the financial system to boost the nation's stagnant growth.

Also, a major new stock market crash warning sign just flashed after Australia cut its interest rate to a record-low level. This is part of a larger trend that Money Morning Global Credit Strategist Michael Lewitt has said could lead to a stock market crash in 2016. Here's what you need to know, right now.

On Tuesday, we watched the Dow shed another 90 points as the markets walk back from record levels just two weeks ago. At the time that the Dow was in the stratosphere, we warned that stocks were overheating. The key difference this time is that markets are still sliding despite news that global central banks are pumping even more stimulus into their economies and interest rates continue to plunge.

Berkshire Hathaway Inc. (NYSE: BRK.A) Chairman Warren Buffett generated headlines on Tuesday after he criticized Republican presidential nominee Donald Trump. The two men squabbled publicly after Buffett criticized Trump's recent spat with the family of a Muslim-American serviceman who died in the Iraq war. Although he is supporting Hillary Clinton for president, Buffett's statements are unusual given his penchant to stay away from politics. Instead, Buffett may be better known for his statements about times of financial uncertainty. Given that we are surrounded by such economic uncertainty, Buffett's words may never be truer. Here are five of his top quotes to remember.

Oil prices dipped again on Tuesday, with WTI crude prices falling below $40 per barrel. WTI crude prices were off 1.1% today, while Brent crude slipped 0.6%. Traders continue to worry about a global supply glut and short selling has accelerated in the market. The downturn in commodity prices weighed on the performance of large production companies. Shares of Chevron Corp. (NYSE: CVX) were off 0.5%. Despite the recent downturn in oil prices, there is one fund that is a screaming buy.

It was a brutal day for automotive stocks. The nation's largest vehicle makers announced that July monthly sales fell below expectations. General Motors Co. (NYSE: GM) said that sales fell by 2%, while Ford Motor Co. (NYSE: F) reported a 3% monthly decline. Shares of Fiat Chrysler Automobiles NV (NYSE: FCAU) were off 4% on the day, despite reporting a slight monthly gain. GM and Ford shares were both off more than 3% on the day.