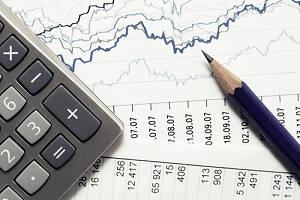 Dow Jones Industrial Average News, 8/03/2016: It looks like another rough day ahead for investors as traders absorb today's snapshot of the U.S. labor market.

This is a prelude to Friday's official jobs report from the U.S. Labor Department.

While the jobs picture is set to dominate the daytime discussion for the next three trading sessions, a number of key stories and profit opportunities are sliding under the radar today.

WTI crude prices were ticking up this morning for the first time in several sessions as supply concerns continue to weigh on investor sentiment. WTI crude was up 0.7%, while Brent crude prices added 0.7%. Crude prices are certainly in correction territory now. But that is setting up an ideal time to buy into this one fund.

Yesterday, the Bank of Japan announced plans to unveil a new 13.5 trillion yen ($134 billion) stimulus plan designed to help boost the struggling economy and inflation. The announcement came at the same time that the Bank of Australia cut its baseline interest rates to a record low. The global race to the bottom for central banks is making it harder for the U.S. Federal Reserve to hike interest rates in 2016. Will we actually see an interest rate hike this year?

The Affordable Care Act took another harsh blow on Tuesday. Yesterday, Aetna Inc. (NYSE: AET) announced plans to cancel its goals of expanding into more states in 2017. The company also said it's thinking of reconsidering its current business in 15 states. The firm says that it is going to lose at least $300 million on the Affordable Care Act in 2016. Here's how much you could end up paying for health insurance.

The 2016 Summer Olympic Games kick off Friday, Aug. 5, in Rio de Janeiro, Brazil. Already, the headlines have centered on the Zika virus, potential terror plots, and filthy water. These Summer Games could be a serious challenge for Brazil to maintain. But the story that everyone seems to miss is the impact of the Summer Olympics on the Dow Jones Industrial Average. There's a lot of evidence that shows a handful of profit opportunities for certain companies that have a big stake in the games.