This was supposed to be a lousy quarter for earnings.

But even the dourest of bears are starting to admit that's not so.

The Wall Street Journal begrudgingly reported that forecasts for second-quarter profits for the S&P 500 came in better than expected.

Tech Investing: Investing in This Top Tech Trend Is the Best Way to Get Rich Now 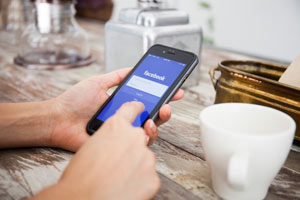 The leading financial daily said per-share earnings were expected to decline by 2.6% for the period, or less than half the usual forecast for the June quarter.

"But," the Journal added - relishing the chance to add a sour note to its report - "that is no thanks to the technology sector."

From where I stand, though, it looks like the good folks at the Journal just don't know how to analyze tech stocks.

Fact is, four major tech firms just turned in top-shape earnings reports that are further bolstering the market's post-Brexit rally. (You probably heard about the historic one from Facebook.)

Consider that since the market started bouncing back on June 27, the tech-centric Nasdaq Composite has gained 12.7%. That's 49% better than the S&P 500's returns.

Do you need further proof - more reasons - that you must be a tech investor if you want to ride the unstoppable trends that will beat the market?

Perhaps more than any other quarter in the last couple of years, the three-month period ending in June showed just how vital the mobile and cloud-computing sectors are.

After all, you already know that more than 1 billion smartphones are deployed around the world.

Plus, thousands of businesses and millions of consumers now use the cloud every day to get their data and software, to store information, and to access streaming music and video.

These four earnings leaders all harnessed the power of one or both of these vital technologies. Take a look...

The second quarter for Facebook Inc. (Nasdaq: FB) was nothing short of stellar. That's because the company is harnessing both the cloud and its dominant role on mobile devices.

Net income for the quarter soared 186%, to more than $2 billion, on a 59% sales increase. That means income is rising three times faster than sales.

No wonder Facebook has more than $23 billion in cash on hand - and no debt.

Facebook monthly users rose 15%, to 1.7 billion, the vast of majority of whom access the site from their smartphones and tablets. Ad sales for mobile devices made up 84% of Facebook's $6.2 billion in advertising revenue.

As amazing as those stats are, they actually understate just how big a deal this earnings report is.

It took Facebook only six months to double its income from $1 billion to $2 billion. By contrast, it took Google three-and-a-half years to hit the same milestone.

I also see this earnings report as a personal vindication.

Prior to that, in February 2015, I predicted that Facebook would double to $161.36 a share within three years. That sounded absurd to some folks at the time - they mocked me on national television - but you're already up 55.6% since then. The S&P 500? Not even two-and-a-half percent.

But really, this all got started for us on March 7, 2014. That's the day I wrote to say not to listen to the jokes about Facebook, which had just spent $19 billion to buy messaging service WhatsApp - and become the whipping boy of late-night.

That means you beat the market by more than fourfold.

Not a bad payoff for sticking it to Jimmy Fallon...

On paper at least, you can see why Wall Street has remained a bit doubtful about the earnings from Google parent Alphabet Inc. (Nasdaq: GOOGL) going into the second quarter.

After all, the Silicon Valley leader in online search and mobile operating systems missed forecasts in eight of the previous 12 quarters, including the first quarter of this year.

But last week, Alphabet showed that doubters need to look at the firm's long-term trends in mobile growth and cost control.

Watch These Five Companies in 2016... There was a huge absence of IPO activity last year. In fact, only 170 companies went public in 2015 - down from 275 the year before. But 2016 is about to change all that as some of the biggest companies in the world prepare to hit the market. Here are the five we're keeping an eye on...

That second item may be familiar to you. Back in August 2015, I noted that Alphabet's then-new Chief Financial Officer Ruth Porat would focus the firm on more efficient spending on core operations and less on its "moon shot" projects, like space exploration and extending human life.

In the second quarter, the company said Google's costs per click fell 7% after a 9% decline in the first quarter. And analysts expect total capital spending for the year to come in at 15% of net revenue, down from about 20% in 2014.

Even better, Alphabet beat on both sales and profits for the quarter, much of it on the strength of its mobile offerings. Sales grew 21% to $21.5 billion, as diluted GAAP earnings per share rose nearly 42% to $7.

Much of the credit has to come from its increased mobile outreach, where it's making the most of the Android operating system used by most of the world's smartphone makers.

Ad spending on mobile jumped 63%, compared with search-based ad growth of just 10%. Google is no doubt benefitting from the fact that there are now more than 1 billion smartphones in use around the world, making mobile search and commerce a growth area for years to come.

Amazon.com Inc. (Nasdaq: AMZN) is one of the reasons why I like to remind investors that a stock's "sticker price" isn't really all that important.

What's crucial is the amount of money you make.

I say that because many investors voice concerns about a stock that's as "expensive" as Amazon, which trades at around $760.

But had you bought back on Feb. 11 when the market bottomed, you would have made nearly 54.5% on your money. That's better than triple the S&P 500's profits over the period.

You can chalk up much of that to the e-commerce king's status as the king of cloud computing, too. Amazon Web Services (AWS) continues to dominate the cloud infrastructure services market with a 30% market share.

That unit is one of the big reasons why Amazon's second-quarter report was the fifth straight profitable quarter in a row and its third consecutive quarter of record profits.

AWS saw a 58% jump in sales for the quarter, 87% more than the company's overall revenue increase of 31%. Those cloud sales also helped the firm more than double its profit margins to 4.2%.

For CEO Jeff Bezos, this was a big win. His goal is to hit $10 billion in cloud sales this year. Quarterly sales for AWS came in at roughly $2.9 billion.

And the company continues to invest in its core e-commerce franchise. To speed delivery of its huge product offerings, it will add 18 new warehouses this quarter.

Its Prime membership, which costs $99 a year, gives it a big advantage over its competitors, including Wal-Mart Stores Inc. (NYSE: WMT), which, in terms of market value, it cruised by last year.

Cloud sales are also a big - and growing - business for the world leader in personal computer operating systems.

Yes, the Azure cloud unit from Microsoft Corp. (Nasdaq: MSFT) still ranks a distant second to AWS. But Mr. Softy is coming on strong here with a business that is adding sales and profit gains.

That's great news for tech investors, because Azure more than makes up for weakness in Microsoft's mobile and PC units. Azure is the chief reason why the company beat Wall Street forecasts for quarterly sales and profits.

To be sure, Microsoft posted an 8.8% decline in sales for its full fiscal year to $85.3 billion, the first time it's done that since 2009. But I believe the strong results for the year's final quarter show that the company is turning around nicely.

The company's Intelligent Cloud segment, which includes its Azure on-demand computing services, rose 6.6% to $6.71 billion. But when you break out Azure on its own, you see that sales there grew 102% from the year-ago quarter.

And I see more synergies and growth ahead. For starters, Microsoft recently picked up business-networking site LinkedIn Corp. (NYSE: LNKD) for $26.2 billion.

LinkedIn is by definition a cloud-based business, so the move plays to a Microsoft core strength while putting in a new category. LinkedIn boasts some 400 million users around the world and will give Microsoft high-margin ad sales to round out its operations.

Microsoft's comeback started around the time Satya Nadella took over as chief executive officer - and made the cloud and mobile his prime "targets."

Up Next: This Protective Brexit Profit Play Is Just Getting Started