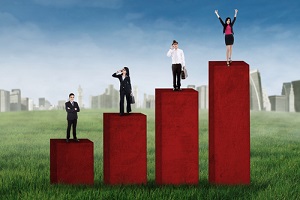 While everyone is celebrating Friday's news, a number of important stories, and key profit opportunities are slipping under the radar.

Let's get to today's top stock market news, stocks to watch, ways to profit, and economic calendar for Aug. 8, 2016.

Dow Jones futures projected a 21-point increase as traders continued to trade with optimism. Friday's jobs report is the latest round of positive economic data for the U.S. economy. Despite the expectations that the S&P 500 is poised to set yet another record, it's time to be vigilant. Right now, stocks are trading too high, fueled by reckless monetary policies by central banks around the world. Money Morning Capital Wave Strategist Shah Gilani outlines how you can profit from the upcoming correction in the markets.

Oil prices were pushing higher as global producers clamored again for a global production freeze. According to Reuters, the recent price dip to roughly $40 per barrel has OPEC members prepared to reignite debate about a reduction in crude production in order to support crude prices. Last time this was proposed, Iran and Saudi Arabia nearly engaged in cross-border war. WTI crude was up 1.8%, while Brent crude prices gained 1.7%.

This morning, Wal-Mart Stores Inc. (NYSE: WMT) will likely announce its planned deal to buy online retailer Jet.com for roughly $3 billion. This would be the largest deal in Wal-Mart history. The online retailer Jet.com competes with international e-commerce giant Amazon.com Inc. (Nasdaq: AMZN). Even though this is a marriage between two big giants, we have a different outlook for Wal-Mart stock. Here's why we think you should avoid WMT stock after this deal.

Now here's your list of top stocks to watch in today's market, plus today' economic calendar: