Access Your Profit Alerts
Sign Up for Money Morning and get your free report:
"The Best Stocks to Buy Now"
How to Buy Bitcoin
Twitter
Stocks: MOVE

And those messages come in the form of electric signals.

Trending: This Protective Brexit Profit Play Is Just Getting Started

For decades, doctors have dreamed of being able to harness those electric signals to treat injuries and disease.

And now, thanks to miniature implantable devices that can alter and control the body's electric signals, that dream is coming true. 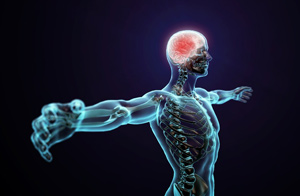 Researchers are calling it "bioelectronic medicine."

Here's how it will work.

If everything goes right, no more asthma…

And asthma treatments are just the beginning…

Researchers from the company I want to share with you today are confident bioelectronic medicine can also be used to treat other long-term diseases, including diabetes and arthritis.

And now this company is teaming up with Google parent Alphabet Inc. (Nasdaq: GOOGL) to forge a brand-new $715 million bioelectronics firm.

Those of you who invested in this company back on March 29, when I first told you about it, have already made more than 12% on your money. That's nearly double the S&P 500's return over the same period.

And now this pact with Alphabet puts it in line to continue this strong growth, as it helps you get invested in bioelectronics – a sector that Global Market Insights says is growing at more than 10% a year, 10 times faster than the U.S. economy as a whole.

When I first suggested you invest in global drug leader GlaxoSmithKline Plc. (NYSE ADR: GSK), I looked at it as an opportunity to cash in on the $200 billion immunotherapy market.

Since then, it's been on the rise.

I'm following up today to show you why GSK's deal with Alphabet makes my investment thesis a whole lot better.

You can bet that GSK sees bioelectronics medicine as a growth field. After all, the London-based biopharmaceutical giant said it and Alphabet research subsidiary Verily Life Science will invest up to $714 million in the unit over the next seven years.

Here's how the deal shakes out. GSK and Alphabet are backing a new "baby biotech," Galvani Bioelectronics. Under the pact, GSK will control 55% of the firm with the rest going to Verily.

Glaxo said the early work will focus on developing and producing the tiny electronic devices needed to test bioelectronics medicine.

The seven-year pact fits nicely with the forecast from Global Market Insights. The firm predicts that the bioelectronics market will be worth more than $25 billion by 2023, a figure that also includes diagnostics and patient tracking.

Here's How You Beat The New York Times

Not only has GSK crushed the market since our late-March chat, but we also beat The New York Times on the subject of our original talk, immunotherapy.

Over the past 10 days or so, the Times has been running a series of reports focused on potential breakthroughs in the cancer-fighting immuno-oncology field we talked about back in March.

As a reminder, immunotherapy – a $200 billion field – seeks to replace traditional disease-fighting drugs with treatments that supercharge the body's own immune system.

Allied Market Research says this sector has been growing at a solid 7.1% annual clip since 2014 and is on pace to hit $110 billion by 2020. And RNR Research projects that immuno-oncology therapies will make up 60% of the cancer market, or roughly $90 billion just five years from now.

Glaxo has already set itself up to be a major player in immunotherapy. Last February, the firm said it's expanding its strategic work with small-cap biotech firm Adaptimmune Therapeutics Plc. (Nasdaq ADR: ADAP).

Adaptimmune does its pioneering immunotherapy work with T-cell receptors. These are the body's immune infantry – its first line of defense against foreign disease agents.

GSK is using its huge and powerful R&D system to back Adaptimmune in at least nine studies of the smaller firm's technology.

Taken together, Glaxo's earlier announcement in immunotherapy and now its work in bioelectronics show the company is committed to staying at the front lines of sciences.

More to the point, new drugs sales are ramping up… big time.

In the June quarter, they made up 23% of pharmaceutical sales, more than double the 11% in the year-ago quarter. The firm now forecasts core earnings per share will rise 11% to 12% this year after growing by 16% in the June period.

Stats like these show it's not too late to invest in GSK – a Big Pharma backed by young biotech-type research. It's a firm on a clear path to improved growth and profitability.

So, here we get a high yield and plays on two new high-growth biotech subsectors.

That means we get both the upside from the cutting-edge fields and a stock that pays us to be patient and focus on the long-term potential.

Up Next: Four Big Tech Stocks That Are Killing It Right Now