More than $12 trillion of global debt is now in negative-yielding territory – a move directly at odds with the argument that the global economy is healthy.

The same is true of the drop in U.S. Treasury yields. Real per capita GDP has risen by a mere 1.3% annualized since 2009. Is it any wonder that yields have plunged and the Treasury curve is flattening?

While I expect the market to recognize the truth about inflation sooner or later, there is every possibility that yields will move lower before they move higher due to tepid growth and a flight to safety in the event of a sharp market sell-off (as we saw after Brexit).

Analyst Christopher Wood, I think, said it best. It's a long quote, but an absolutely vital one.

[T]he fact remains that the intensifying global move into negative bond yields this year is plain scary. First, there is no seeming precedent in recorded history for negative interest rates seen today. This is because, before the advent of Milton Friedman-inspired mechanical monetarism, such a central bank-instigated decline into negative rates would have been deemed unthinkable. That is because it would have been viewed, correctly, as confiscatory not to give savers a return on their capital…

But what is also scary about the gathering lurch into negative territory, which US$12tn worth of bonds now having negative yields, is that it is the sort of parabolic move or 'spike' which to technical analysts often signals the approaching end of a long trend.

A little more than a year ago, we saw a sharp reversal in German 10-year bund yields when they dropped to around 10 basis points and then spiked to around 1%, leaving traders nursing sharp losses. Post-Brexit, 10-year bunds are trading at negative yields (-0.04% as this is written), pushed lower by flight-to-safety buying and expectations that the European Central Bank will continue to monetize the economically moribund region's debt.

This looks like the setup for a bond bloodbath.

Unfortunately, some investors are walking right into the crossfire.

Stop Looking for Yield in All the Wrong Places 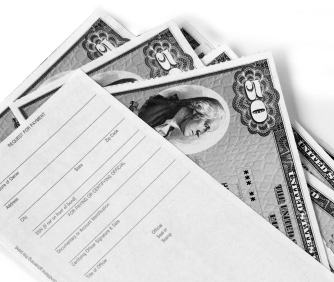 Incessant yield-chasing is leading investors to look for love in all the wrong places. Two of those places are high-yield and emerging market bonds.

Investors should avoid these sectors but are naturally doing the opposite. It is nothing short of disgraceful that Wall Street and the financial media are encouraging them to do so (I'm looking at you, Jason Zweig).

Since June 30, investors poured $1.2 billion into emerging market bond exchange-traded funds (ETFs) and $2.8 billion into junk bond ETFs. Following the adage that "in the kingdom of the blind, the one-eyed man is king," investors seem to view the 3.8% average yield on emerging market bond ETFs and 5.5% on high-yield ETFs as generous compared to the less than 1.6% yield on 10-year Treasuries and less than 2% yield on investment-grade bonds.

But chasing these yields will render everyone blind before the next credit cycle runs its course because emerging market and high-yield bonds are extremely risky investments.

Here’s what’s most important to understand about bonds right now:

Anyone who thinks that emerging markets were let off the hook by a pause in the dollar rally is misguided. And high yield is, as Nassim Taleb famously wrote, a "nap on a railroad track" that is going to leave investors decapitated before the cycle runs its course.

On a real (i.e., inflation-adjusted) basis, current yields in these sectors are still barely positive even if you use phony government inflation data and negative if you use real-world prices as your reference point.

If you risk-adjust these returns, they are deep in negative territory.

Martin Fridson, the dean of high-yield analysts and chief investment officer at Lehmann Livian Fridson Advisors in New York, warns that high-yield bonds are at "unquestionably extreme levels of valuation" based on his analysis of their risk relative to U.S. Treasuries. Mr. Fridson factors in economic conditions, interest rates, and the availability of credit to calculate that yield bonds are more overpriced today than at almost any time during the past two decades.

One of the most basic rules of investing is to avoid overpriced assets. Now is no time to forget that.

Rather than pouring money into these vehicles, investors should be running the other way, if not shorting. (As always, I recommend puts as a less risky way to play the short side.) You can lose years of returns in the blink of an eye in a credit sell-off.

P.S. As a bond alternative, I recommend one- to three-month Treasury bills as a safe, liquid "holding tank" for your cash. You can get that recommendation here.

Where do you get the real inflation rate that you use?

Why isn't there panic in the pension fund industry fighting the Fed's policies? This seems to be the Government against the citizens welfare.