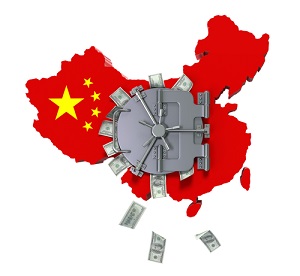 Dow Jones Industrial Average News, 8/15/2016: The markets are looking for another kick of stimulus cash.

This morning, the markets were ticking higher again on new hopes that China's central bank is set to loosen monetary policy in order to boost its stagnant economy.

Meanwhile, the markets are eyeing Japan after the country announced that its economy barely grew in the second quarter.

Let's get to today's top stock market news, stocks to watch, ways to profit, and economic calendar for Aug. 15, 2016.

Dow Jones futures projected a 44-point increase as investors eye rising oil prices and grow more optimistic about a possible stimulus package from the People's Bank of China. Word of a possible stimulus program comes after the country reported several rounds of weak data on the health of its economy. The markets are also eyeing the latest round of earnings reports as the markets attempt to keep momentum pushing higher.

Crude oil prices were pushing higher on rising optimism that OPEC will work on a deal to limit production and aim to help crude find a price floor. WTI prices were up 0.5%, while Brent crude oil was off 0.5% in early trading. This morning, Russian Energy Minister Alexander Novak announced that he was working with the world's largest oil producers to help stabilize the global markets.

Silver prices were ticking higher thanks to a weakening U.S. dollar. Traders are also keeping an eye on the U.S. Federal Reserve and the potential timing of its next rate hike. On Wednesday, the Fed will release the minutes from its most recent meeting on monetary policy. Though the central bank has hinted that it could consider an interest rate hike in September, the markets largely do not believe such a hike is possible. According to CME FedWatch, the probability of a rate hike in September sits at roughly 9%. The odds do not rise above 50% until early 2017. Still, investors need to consider where silver prices are heading next. Here's our silver forecast for the rest of the year.

Meanwhile, there are multiple reports that Honeywell International Inc. (NYSE: HON) is on the verge of buying software chain JDA Software Group. The deal is expected to be worth $3 billion, including debt.