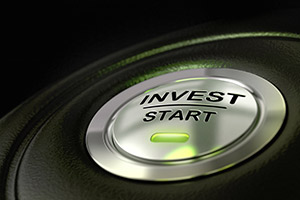 The best stock to buy now has already climbed 83% since we first recommended it, and that's just the start of the stock's long-term gains. In fact, we see shares doubling again from here.

And in the last year, shares of our favorite stock to buy now have climbed more than 31%. That's nearly five times the returns of the Dow Jones in the same time…

The company is the leader in its sector, has repeatedly posted blockbuster quarterly results, and continues to expand its market reach with new initiatives and acquisitions.

At its core, this best stock to buy now enables people to connect, share, discover, and communicate with each other on mobile devices and personal computers worldwide. But it's much more than that. This is the best stock to buy now because of its move into the burgeoning virtual reality (VR) market.

"Even with a slower than expected start, researcher SuperData recently said that virtual reality sales will accelerate and achieve totals of $22.86 billion by 2019 and $40.26 billion by 2020, particularly as new software becomes available," Money Morning Executive Editor Bill Patalon said.

And virtual reality is about a lot more than just video games. It is changing how businesses advertise their products and communicate with customers. It is also changing healthcare in a number of ways. From fully-immersive doctor-patient consults to pain distraction, virtual reality is creating new experiences for healthcare providers and patients – as well as companies committed to VR.

In little more than four years as a public company, this best stock to buy now has grown its market cap threefold. It now sits among the five most valuable companies in the world.

The Best Stock to Buy Now to Double Your Money

FB was trading at $68.59 a share at the time and Gilani warned that the stock "will never be this cheap again."

He was spot on.

And even though FB stock may have looked expensive, we've continued to recommend it as one of the best stocks to buy now.

"Many folks are scared to buy it – waiting, instead, for a 'better time,' for it to 'get cheaper,'" Patalon said. "Don't make that mistake. It's not happening. Facebook has plenty of room to run."

By plenty, Patalon believes FB shares could hit $250 in the next few years. That would be a double from where shares are currently trading.

"But it's the long-term stuff – the big trends Facebook is working on – that really makes this a great stock," Patalon explained. "It's a social media play, for sure, as well as a digital advertising play."

You see, Facebook's new open-source networking gear has made its way into the telecom market, making it a direct play on 5G technology.

5G is a wireless connection built specifically to keep up with the huge number of devices being connected to the Internet. It goes beyond smartphones and computers. Appliances, security cameras, vehicles, wearable devices, door locks, and many other devices are beginning to connect to the Internet.

And as we noted, FB is a player in virtual reality and shares are a great way to tap this next big trend in technology. In March 2014, FB purchased virtual reality company Oculus VR for $2 billion.

Oculus headsets went on sale earlier this year. Initially, this VR device will be a big boost for gamers. Yet the potential is endless and includes things like watching sports, making movies, and joining conversations around the world.

"With all the things Facebook has going on, I'm going to urge you to think of this company in a new way," Patalon said. "Consider it an 'infrastructure play' – digital infrastructure – just like General Electric Co. (NYSE: GE), another long-term favorite of ours."

UBS recently said "technology" and "infrastructure" – with a focus on big trends and a willingness to focus on the long term – is the domain of wealthy investors.

Related Content: Doctors have discovered a method of switching off pain, anywhere in your body, almost instantly. It's non-invasive, drug-free, and has no dangerous side effects. For patients suffering any kind of pain, the benefits are clear. But there's a twist in the story: It's also about to set off a period of "economic nirvana." Click here to continue reading…

18544 Reads
These 3 High-Yield REITs Pay 8%, 10%, and 12% Dividends
REITs produce gobs of cash from rent and other fees generated from properties including office buildings, storage units, multifamily units, and more.