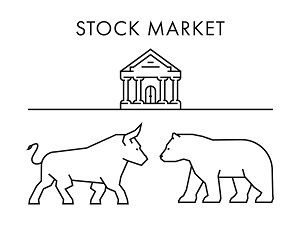 Dow Jones Industrial Average News, 8/16/2016: The markets are taking a breather from their breakneck rally this morning.

On Monday, the Dow Jones, the Nasdaq, and the S&P 500 all closed at record highs for the second time in a week.

This morning, traders are eyeing another round of key earnings and economic data.

Let's get to today's top stock market news, stocks to watch, ways to profit, and economic calendar for Aug. 16, 2016.

The Dow Jones Industrial Average projected a 31-point decline as traders prepare for a heavy day of earnings reports. Meanwhile, expect a significant amount of speculation about tomorrow's release of minutes from the July meeting of the Fed Open Market Committee (FOMC). Though Fed leaders have suggested that an interest rate hike is possible in September, the markets remain highly skeptical of any move by the central bank. On the domestic front, inflation remains stubbornly low, despite an improving job market. This morning, the U.S. Labor Department announced a flat reading in its Consumer Price Index for the month of July. This is a setback and the weakest level for the CPI since February.

Meanwhile, the Fed must take into consideration that every other major central bank seems to be engaged in a race to the bottom as they slash interest rates, boost stimulus packages, and weaken their own currencies. According to CME FedWatch, there is just a 9% probability that the Fed increases interest rates during its September meeting.

Crude oil prices were pushing higher on increased hopes that global oil producers will take action and limit output in order to support prices. Speculation has been rampant that OPEC will reduce production targets to help bring prices back above $50 per barrel. But Money Morning Global Energy Strategist Dr. Kent Moors – who has been engaged in global energy policy for four decades – argues that investors should proceed with caution. Moors argues that OPEC isn't going to strike a deal, and it's all because of one simple reason.

The Obamacare Death Watch was in full swing this morning after a bombshell announcement by health insurance giant Aetna Inc. (NYSE: AET). The firm will pull out of 11 of 15 states where it provides coverage under the Affordable Care Act. The company argued that it has become too expensive to operate in those states and that the firm needs to reduce its financial exposure to this bill. The announcement follows similar exit strategies by insurance rivals UnitedHealth Group Inc. (NYSE: UNH) and Humana Inc. (NYSE: HUM).

It's no surprise that the "signature" healthcare bill that defined the last eight years of government expansion is collapsing into itself. This bill was sold as a solution to reduce overall health insurance costs by adding millions of people to the market through massive subsidies and enforced enrollment. Any economist who actually believed this would work or sold this bill to the public should be banned from engaging in public policy ever again.

In deal news, shares of industrial gas supplier Linde AG (ETR: LIN) are rallying on news that Praxair Inc. (NYSE: PX) is exploring a deal for the company. Reuters broke a story this morning that the two firms are in the early stages of exploring a merger. The deal would create a new international company that would be valued at more than $60 billion. PX stock was up more than 4.5% on news of the deal.