Despite resistance from both Congress and the Pentagon, the POTUS announced the single largest transfer of detainees during his eight years in the White House, with 15 prisoners heading to the United Arab Emirates (UAE).

The UAE is a close ally to the United States and has accepted former Gitmo detainees in the past. This time around it's taking in 12 Yemenis and three Afghan nationals, some of whom the United States has held for the entire 14 years Gitmo has been open (since January 2002).

The release of these 15 inmates follows that of nine Yemenis to Saudi Arabia in April, and 10 Yemenis to Oman in January. In December 2009, the president transferred 12 detainees to three separate countries. He's expected to release 20 more in the last few months of his presidency.

With so many outbound detainees, many people are wondering exactly how many prisoners are in Guantanamo Bay now?

How Many Prisoners Are in Guantanamo Bay Right Now 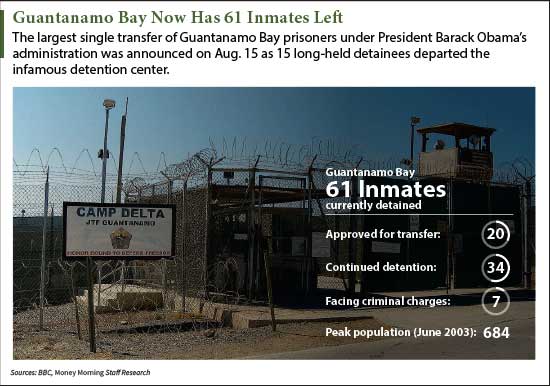 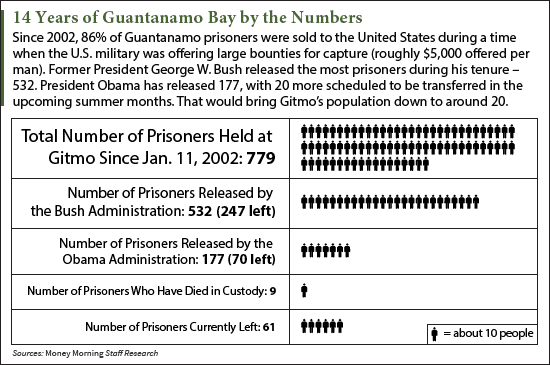 Up Next: President Obama has been touting 3% wage growth all summer on his legacy tour. Here's why his numbers are waaaaaaay off…