I've been trading professionally since 1982, and I've seen some crazy you-know-what.

They're so twisted that while the major stock market indexes are making record highs, most individual investors have been on the sidelines, most institutional investors are raising cash, and everybody's wondering whether to get in or get all the way out.

Right now, as twisted as things are, in fact, because they are so twisted, something's got to give one way or another, there's a perfect trade setup that's just right for everybody.

It's so simple you're going to want to jump right on it.

Here's the setup and why it's going to work…

Trade Two Ways at Once 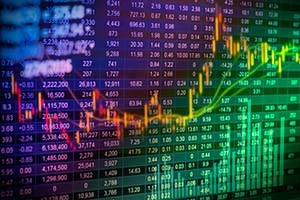 The setup is straightforward: Because no one knows which way the market's going to go next and because it can go in either direction, the way to play it is to play both directions at the same time.

The easiest way to do that is by using options.

Don't Miss: How to Make a (Stress-Free) Killing with Options

Yesterday, I got my Short-Side Fortunes newsletter subscribers into two great straddles that each cost less than $0.50 to put on.

The first straddle we put on will make money whether the stock market goes up or down, as long as it moves up or down by about 10% by Nov. 18, 2016.

It's a great, cheap way to play how twisted the market's become.

A Strong Case Either Way

There's more capital being created every day, looking for a return, while the places to park that capital are already stuffed with idling money.

At the same time that capital is being created, globally, the number of shares representing ownership in publicly traded companies is shrinking.

Trillions of dollars of share buybacks, which will continue, mega mergers right and left, private-equity companies taking public companies private, and the frightening dearth of IPOs means there are fewer and fewer shares available for investors with increasing hoards of capital to invest.

More capital chasing fewer shares is a recipe for a major bull market.

And that's worked – to a point…

The point we're increasingly getting to is the realization that equity markets are expensive. They're expensive in terms of reality.

That reality being the fact that low interest rates let companies borrow cheaply to buy back their shares, for one thing. As earnings per share look better because the same earnings are spread across fewer shares, investors are supposed to be encouraged.

But earnings are falling, not rising. Earnings on the S&P 500 have been falling hard for four quarters now and will fall again next quarter.

The earnings per share of the S&P 500 relative to the price of the S&P 500, also known as the price/earnings ratio, or PE, is way above historical norms. It's actually close to a PE of 27, while the long-term PE is 17.

In other words, investors are scared that because there are no earnings to support the market's valuation at these highs, it's got to correct.

Last week Howard Silverblatt, a senior analyst at S&P Dow Jones Indices, said the Dow could get to 20,000 within a year. That's a strong bull case.

But if overvalued stocks start seeing profit-taking, any mild correction could easily turn into a total rout because investors are at the point where they're wondering how in the twisted world of central bank intervention there's no economic growth and more and more debt and leverage building up everywhere. That's a strong bear case.

Straddles are a great way to play twisted markets and asset classes.

Oil's another great example. Oil has been all over the place and from this level could get back above $50, or could correct right back down to $30. With a cheap straddle, we don't care which way oil goes. We just want it to go one way or the other – hard and fast.

Come to think of it, I'm liking how twisted things are and hope they get a lot more twisted so we can put on lots of cheap, low-risk, high-reward straddles.

Up Next: Why This CEO Wants to Cancel Earnings Season – Forever